Since Januar­y, almost 30,000 people have been hospit­alised with the diseas­e nation­wide
By AFP
Published: August 8, 2019
Tweet Email 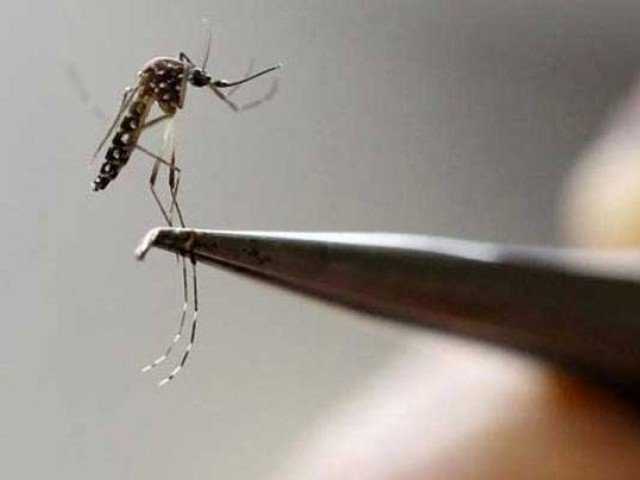 DHAKA: Five-year-old Mohammad Ahnaf lies in a makeshift bed in the balcony of a major hospital in Bangladesh’s capital Dhaka, fighting for his life as dengue fever ravages his little body.

But his mother Shimul Akhter knows he is one of the lucky ones as Bangladesh grapples with its worst-ever outbreak of the viral fever – 23 have died and many cannot get access to medical help at all.

Since January, almost 30,000 people have been hospitalised with the disease nationwide, and in the past week some 2,000 patients a day have been admitted to hospitals.

“The situation is like an epidemic. But no-one is admitting it,” one expert, who asked to remain anonymous, told AFP adding the real number of those with dengue was likely to be several times higher than official figures, which are based on limited data.

Panic is setting in. Such is the terror of those with symptoms that medical staff have been attacked as they try to stretch the meagre resources around and in some cases armed guards have been called in for protection.

Facilities are struggling to cope with the influx – mattresses line every inch of spare floor extending beyond wards into corridors and balconies.

Dengue, which causes flu-like symptoms, can be deadly if it develops into a hemorrhagic fever. There is no vaccine or any specific medicine to treat dengue, according to the World Health Organisation.

Authorities are worried the situation is set to worsen.

With the upcoming Eid al-Fitr holidays, the fever could spread to remote villages as tens of millions of people head back to rural areas to celebrate the Muslim festival.

At Suhrawardi Medical College Hospital in central Dhaka where Ahnaf has been admitted, all the wards are full of dengue patients.

New arrivals are given whatever open space is available in the hospital.

“But Allah was kind, we got a bed in the balcony after waiting for hours,” the 30-year-old added.

At the hospital’s diagnosis centre, hundreds of people – many clutching sick babies in their laps – queued up to take dengue tests.

“Doctors decide which dengue patient should be admitted to hospital and who would take treatment at home.

“But people’s attitude towards dengue has changed. They are panicked and everyone wants to get admitted in the hospital,” explained Suhrawardi’s director Uttam Kumar Barua, adding that exhausted medical teams had been working round the clock for weeks.

Outside, people crowd pharmacies to buy mosquito repellents, with some stores running out of supplies in recent days. Other residents say the ointments and sprays are now being sold at exorbitant prices.

The head of Bangladesh’s National Health Rights Society, renowned doctor Rashid-e-Mahbub, said the “national disaster” was in part caused by the lack of anti-mosquito measures before the annual monsoon season.

Leading virologist Saifullah Munshi added that a construction boom in Dhaka, unplanned urbanisation and climate change – which has caused a spike in humidity and intermittent rains – had created ideal breeding grounds for the Aedes mosquito, which spreads the disease.

The country’s health department said some 23 people have died so far, although it has cautioned the official fatality figures are low due to a slow validation process.

Meanwhile, Akhter fears for her family’s health. The hospital doesn’t have a dedicated pediatric intensive care unit to handle severe cases such as Mohammad.

Her other son, who is just three years old, is also starting to feel feverish.

She says: “We are very much scared. My elder boy is still not out of danger. Now he (younger son) felt warm this morning. I hope he has not caught dengue.”