House on the hill

House on the hill

Gaze at it howeve­r long from the outsid­e, little makes sense. Pakist­an resemb­les a house design­ed and built from the...
By Manan Ahmed
Published: June 13, 2010
Tweet Email 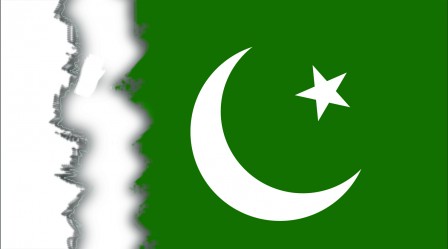 Gaze at it however long from the outside, little makes sense. Pakistan resembles a house designed and built from the inside, piece-meal, with varied sub-standard materials, by perennially distracted architects.

In the unfinished basement are the “minorities” — those deemed capable of sanctuary but incapable of being seen above the surface. They are the Christians, the Hindus, the Sikhs, the Ahmadis, the Shi’as, the Queers and the Transgendered. All must remain silent, none can be heard. Remember when a blasphemy rumour ignited Christian villages in Punjab, last year? Remember the cases of forced conversions of Hindu families? Remember the kidnapping of Sikhs? Remember the attacks on Shi’a processions and mosques? Those are the results when basement-dwellers, silenced communities are seen or heard.

There are laws which provide the infrastructure, the divisions of this house. It protects the majority by keeping the minority out of sight, uncounted and unheard. The Hindu cannot get her marriage recognised, the Ahmadi cannot call his place of worship a mosque. The Shi’a cannot fly his banner. These are the laws of the state — drafted in 1974, in 1978, in 1984, in 1992. It is this very structure which dehumanises millions of Pakistanis, every moment of every day.

There is the majority, the people who live in this house. They are always Sunni Muslim — though they are quite capable of throwing this or that “Sunni” faction out in a heart beat. They are always urban — the rural, the semi-urban lives remain out of the pale. They are always concerned with their upward mobility. They want security, prosperity, the latest electronic gadget and the fastest car. For themselves. They are never poor, never working class, never provincial but they are its consumers: they hire the poor for their housework, they buy from their carts, they embrace the diversity of fabric, the exoticness of “Sufi poetry”, the colourful beads and the regional sweets.

There is a state. It is now on Twitter, even. This state, those laws, that the majority has mutually, over the last 50 years constructed a house in which none can exist save the chosen ones. This existence comes at a price. They agree to believe in the finality of the Prophet (pbuh) or else, cease to exist — legally and, perhaps, with the right incentive, corporally. They agree that their biggest threat are some sketches, or some Facebook fan page or some insult published in some book, in some incomprehensible language, in some faraway country. They agree to rage, to burn, to destroy their own property to represent their commitment. Who must bear their forceful self-assertion? The basement dwellers, of course, who must now be massacred, since liberty was already denied to them. They are wajib ul-qatl, we have already asserted.

The majority is not so secure, however. Some say Allah Hafiz and some Khuda Hafiz. Some are known to say Ameen aloud in prayer and some under their breath. Some hang amulets around their necks and some don’t. Some shave their beards, others grow mustaches. Some are known to skip Qur’an studies for IT. Some practice birth control. Some take only one wife. Some actually believe in that Sufi business. Some put God in a cabinet. Some are vegetarian.

Once the Ahmadis, the Shi’as, the Hindus, the Christians were also part of the upstairs. They were also members of the house. The poor were once the founders. Slowly, they were moved down; eliminated. This is not history. This is precedent.

The writer is a historian of Islam in South Asia and currently teaches in Berlin.

“Enslaved animals on the streets are my real heroes”, Aaminah Haq