ISLAMABAD: In the wake of New Delhi stripping occupied Kashmir of its special status by abrogating Article 370, Prime Minister Imran Khan formed on Tuesday a high-powered committee to devise a future course of action for Pakistan.

The committee, comprising seven members, is also tasked to develop a political, diplomatic and legal framework by which the government could proceed on the longstanding issue with the Narendra Modi-led government.

The committee includes the foreign minister, attorney general, foreign secretary, and DG ISPR, among others. 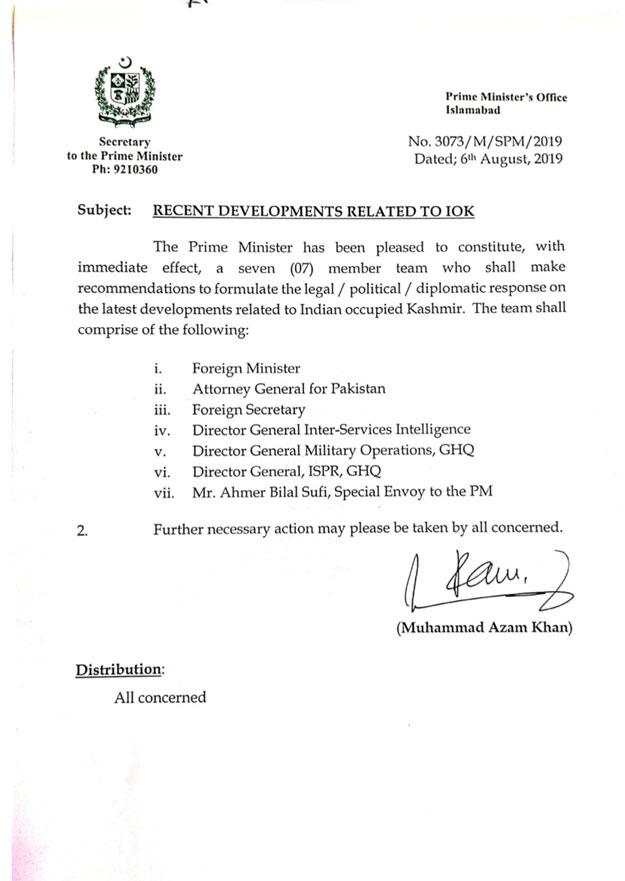 A notification in this regard was issued by the prime minister’s secretary Azam Khan.

The changes imposed by Modi’s Hindu nationalist-led government are the most sweeping in the nearly 30 years that India has been battling a freedom struggle in occupied Kashmir.

Indian Occupied Kashmir has been in the grip of a rebellion against Indian rule since 1989, and analysts have warned the scrapping of its autonomous status could trigger fresh unrest.