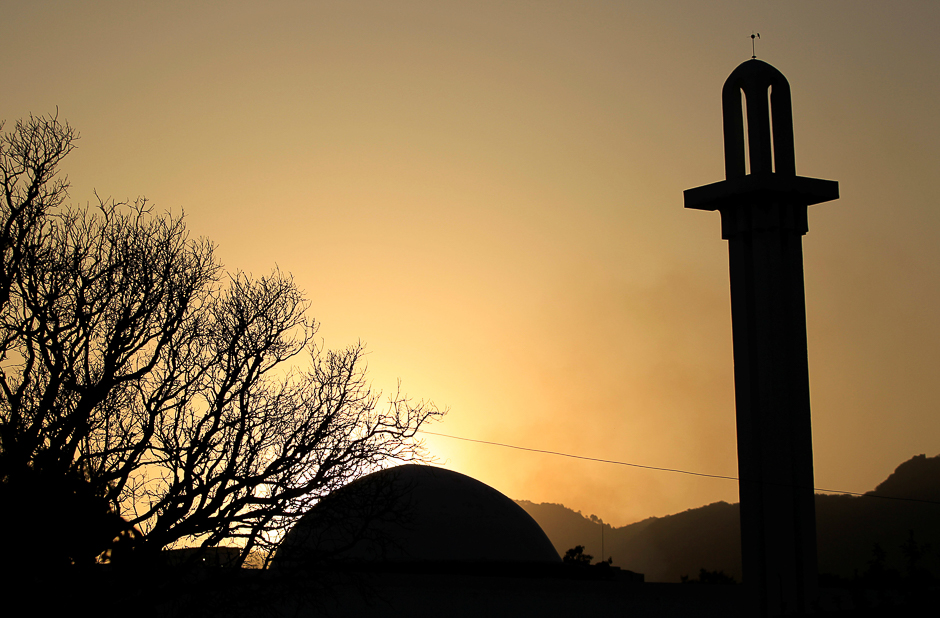 The people who have heard the call to prayer by Shehbaz and had the privilege of travelling to Makkah for pilgrimage claim his vocal abilities and style is exactly the same as the muazzin of Makkah. PHOTO: REUTERS

SHEIKHUPURA: Recitation of the call to prayer and verses from the Quran is a tradition in Pakistan that is often, immeasurably, rewarding to the listener.

The message delivered by the muazzin is unique in that the listener is overwhelmed by the exquisite beauty of its language and diction, even before its exalted message breaks upon them.

A prime example of such linguistic beauty can be found in the deliverance of 22-year-old Shehbaz, a resident of Bangla Pali, whose beautiful voice and articulation have captured the imagination of his neighbourhood.

He has been delivering the call to prayer at local mosques since the age of 14 and currently, he is performing the service at a mosque in Mureeke village. The strong effect of his voice resembles that of the muazzin of The Grand Mosque in Makkah. When Shehbaz raises the call to prayer, the people of his neighbourhood listen fervently.

The people who have heard the call to prayer by Shehbaz and had the privilege of travelling to Makkah for pilgrimage claim his vocal abilities and style is exactly the same as the muazzin of Makkah. Shehbaz is a memoriser of the Quran and has also mastered the skills needed in Quranic recitation. Previously, he won a first and second position in competitions of Quranic recitation held at the national level.

The voice and style of Muazzin Shehbaz is an invaluable gift to his people who see his talent as destiny of the fortunate.

In Islam, the call to prayer is the process of calling Muslims to the path of success by serving the religion of Islam. People with unique abilities hope to perform the service for more followers but are reliant on government support for the cause.

Four of a family killed in accident