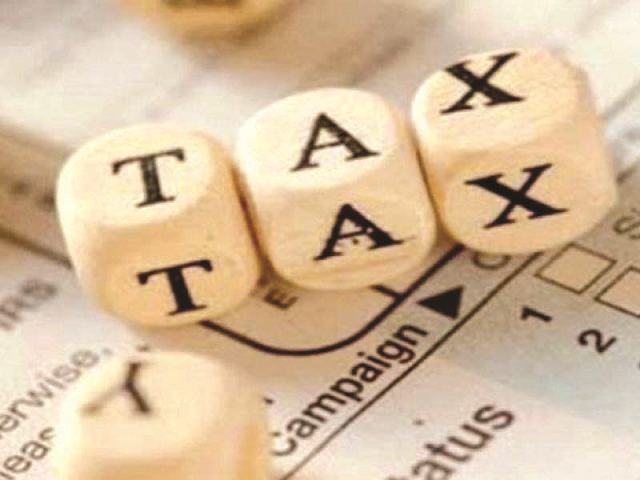 ISLAMABAD: In order to get financial transaction information from abroad, Pakistan has already signed and ratified the Organisation of Economic Cooperation and Development (OECD)-sponsored 2010 Protocol amending the Multilateral Convention on Mutual Administrative Assistance in Tax Matters.

It covers all types of taxes imposed by the contracting states except for customs duty. The multilateral convention contains provisions about assistance in exchange of information (automatic, spontaneous and on request), recovery matters and service of tax-related documents.

CRS is basically an SOP devised by the OECD for member states for obtaining information from reporting financial institutions under their jurisdiction about reportable accounts for the purpose of sharing the same with other member states, such as balances, interest, investments and proceeds from the sale of financial instruments and assets.

It covers both individual and entity accounts. The reporting financial entities will not only be banks but also broker-dealers, investment funds and insurance companies. In addition, these reporting entities will have to make compliance with due diligence rules and anti-money laundering provisions.

There is no exception for small financial institutions like non-banking microfinance institutions. The OECD standards require passive entities to report about the individuals that ultimately control these entities.

BEPS is an action plan also chalked out by the OECD for preventing shifting of profits by multinational entities (MNE) from high tax jurisdictions, where the actual economic transactions take place, to low or no tax jurisdictions by abusing the provisions of various bilateral or multilateral tax treaties.

Though the multilateral convention is offering so many opportunities for the tax authorities of Pakistan (federal as well as provincial), which will help in broadening and deepening the tax base and help in bringing back the assets stashed abroad (and that too created out of tax evasion), at the same time, the government will have to face so many challenges arising out of this bulk automatic and regular information sharing.

It is worth mentioning that the multilateral convention has not so far been ratified by the US Senate because of certain perceived threats its businesses may face as a result of information sharing.

First, Article 22 of the OECD multilateral convention clearly stipulates that the information received under this new arrangement will be utilised only for tax purposes. The most serious challenge is with regard to the abuse of financial account information received/transmitted by the government.

On the external front, the said information may be abused by other contracting states against political opponents or religious or ethnic minorities or to suppress popular uprisings.

Misuse of Interpol Red Notices by some states may be cited as a testimony to prove this fact. Domestically, the same may be abused during unpopular unelected regimes. Second, confidentiality of the said data is another challenge, which the government will have to face, again, both on the internal and external fronts.

On the external front, the government will have to ensure that the requesting state has ample legal and administrative safeguards in place for its protection. On the internal front, sophisticated IT-related data protection measures against hacking together with recruitment of highly professional IT personnel will have to be ensured.

But before both, a legal framework for data protection will have to be put in place. Furthermore, extreme care will have to be taken while posting staff in the units receiving, transmitting or utilising financial account information, because this data will be a rich source of information for corrupt officials to harass taxpayers and such unscrupulous elements may sell the data to criminal/terrorist organisations/gangs for identity theft, industrial and commercial espionage or to identify targets for kidnapping or extortion.

Third, state-owned enterprises/corporations, especially security institutions-owned/controlled corporate bodies, will be at serious risk if they have business operations abroad or export to other countries because sharing of information of financial accounts being maintained by those non-resident taxpayers, who have business connections with these enterprises, can help in espionage or leakage of security-related sensitive information.

Furthermore, on the external front, inter-governmental or intra–governmental transfers of sensitive financial information by hostile states may further aggravate this problem.

Fourth, financial privacy of individuals and businesses is the fundamental right which every modern democratic state guarantees. Protection of financial information, intellectual property and trade secrets are vital for every business to remain profitable in comparison with its competitors.

Stringent legal and administrative measures will be required to ensure the financial privacy of the businesses. This will become even more challenging in the days to come when the country expects heavy investments from abroad after completion of CPEC, especially after Gwadar Port becomes fully operational.

Fifth, CRS has been incorporated into the complete version of OECD standards for automatic exchange of financial account information and has been duly implemented by Pakistan by incorporating it into the Income Tax Rules 2002. As a result, it will add to the reporting cost for the reporting financial institutions.

Money stashed by Pakistanis in Swiss banks down 34%

Last but not the least, under the multilateral convention, assistance in recovery of tax claims cannot be sought by a member state in respect of tax-related cases which are contested or may be contested in appeal.

However, in any case, a requested state will not be obliged to provide assistance in recovery matters after a period of 15 years from the date original tax demand was created by the applicant state against the taxpayer. So, a big challenge will be in the form of improving tax adjudicating system in Pakistan.

The writer is the Commissioner of Inland Revenue Service FBR