Balloting for railways jobs to be held again

Balloting for railways jobs to be held again 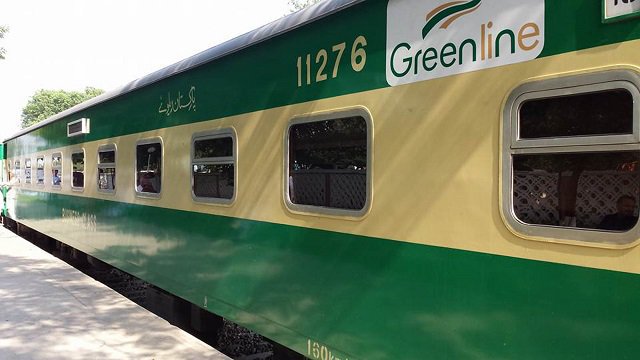 RAWALPINDI: According to the decision of federal cabinet and establishment division, the balloting of appointments for vacancies of scale 1-5 in Pakistan Railways (PR) will be done again.

The federal cabinet and establishment division have declared the monitoring of balloting of appointments mandatory by one step senior officer from the concerned authority for which, notification number R-11-3/2/2017 has been issued and the railways in response has issued circular number 2012 5(2) in the name of all divisional officers for implementation of the notification.

According to this notification, the computerized balloting through third party Bahria Town has been cancelled.

In the para 5 of the issued notification from Pakistan Railways, the monitoring of balloting by one step senior officer from the authorized authority has been made mandatory and balloting of Rawalpindi division has been cancelled.

No new applications will be entertained from the candidates and only those who cleared the test and interviews will be eligible to participate in balloting. The date for new balloting will be announced later.

Railways Rawalpindi Divisional Superintendent Syed Munawar Shah confirmed to The Express Tribune that this was the decision of federal cabinet and establishment division and it will be implemented in letter and spirit.

He said the new date for balloting will be announced soon.

He said that the 11,000 posts including about 10,000 of grade 1 to 5 (mostly technical staff), had been vacant since long. But the sitting railways management headed by Sheikh Rashid Ahmed had failed to resolve the issue despite the fact that most of railways divisions had completed the entire processes/procedures (test, interviews) of a huge number of candidates.

“About one and half months ago, the PR headquarters received list of successful candidates. But the railways ministry stopped the top officials from going ahead. Later, the federal cabinet took a strange decision of filling vacancies (in grade 1 to 5) in all ministries through balloting. It is a gross violation of the rules, regulations, laws and constitution of Pakistan,” he said.

“Due to this, all railways divisions are facing acute shortage of staff in technical/operational departments,” he noted.

Earlier, the announcement by Railways Minister Sheikh Rashid Ahmed to fill 11,000 vacancies through balloting or draw had not only shocked senior officials in the organisation but sent a wave of resentment among over one million candidates who have applied for the jobs advertised some seven months ago.

Rashid at a press conference told journalists about his decision which, according to him, had also been endorsed by Prime Minister Imran Khan and the federal cabinet for completing the recruitment process through balloting.

“We have completed the recruitment process against more or less 8,000 vacant jobs. For this we have received 1 million to 1.2m applications. So following the decision of the prime minister and the federal cabinet, we have decided to fill all these vacant jobs (except those in railways Multan and Quetta divisions) through balloting,” he said.

Since the most of the jobs were of grade 1 to 5, hundreds of thousands of people applied at their relevant PR divisions. Those assigned the task to accomplish the process constituted recruitment/selection committees comprising senior officials of various departments. The committees in marathon scrutiny and interview sessions on a daily basis finally completed the process under the relevant laws, rules and regulations on over 80 per cent of the total 11,000 jobs advertised in the media.