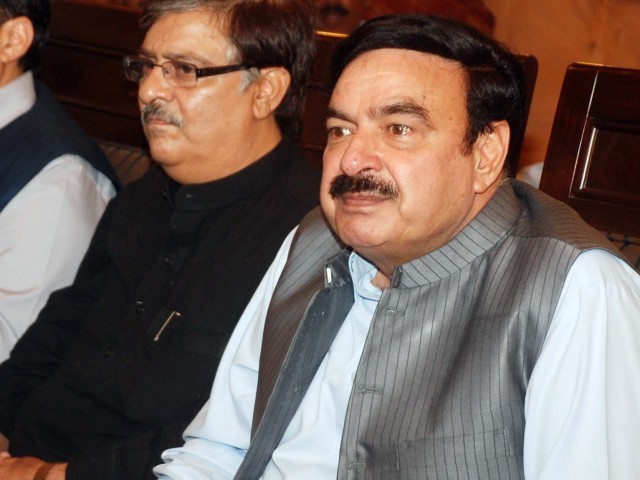 LAHORE: The cabinet division has issued notification to fill 8,000 vacancies of grade 1-5 in Pakistan Railways and directed Minister for Railways Sheikh Rashid to fill the positions at the earliest.

Rashid said that the process of hiring will be conducted through balloting and a transparent procedure will be adopted so that no one can accuse him of nepotism.

Meanwhile, the meeting of Senate Standing Committee on Railways was chaired by Asad Junejo in which the railway officials briefed the committee on Sukkur accident. The officials said that the Yusuf Wala coal train left Kotri station for Hyderabad when the outer signal was out of order and it had already been warned beforehand.

The train driver had stopped at the signal and then started moving but did not see Jinnah Express’ automatic signal. The officials said that the driver ignored the signal, while the train was moving at a speed of 50 km/hr though the speed at the station needed to be 15km/hr.

Rashid informed the committee that the divisional superintendents have monopoly over the drivers and a strategy is being formulated for the training of the drivers. He said the matter of hiring 30 per cent retired drivers was under consideration and permission in this regard will be sought from the prime minister for their appointment.

He said that Prime Minister Imran Khan will inaugurate Sir Syed Express on the July 3.

The minister observed that he will keep entire year’s performance before the nation on August 24. He said that fares had been increased due to a hike in petrol prices.

Talking to media persons outside the Parliament House, the minister said that Pakistan Railways was also planning to lay a railway track from Chaman to Kandahar which would connect Pakistan and Afghanistan and boost business activities.

He said that efforts had been made to reduce the deficit of railways by Rs3 to Rs4 billion.

Rashid said the department had run 34 passenger trains through which 65,000 more passengers travelled and also increased the number of freight trains.

The minister noted that 14 years ago Pakistan Railways signed an agreement for Main Line-I (ML-I), adding that the people who were spreading negativity about the department should think what happened during their tenure.

Rashid claimed that there were two leagues in Pakistan Muslim League-Nawaz (PML-N), one being led by Shehbaz Sharif and the other by Nawaz Sharif.

He maintained that the people who had given wrong advice to Nawaz were once again putting him in trouble.