Pilots hit out at PIA for ‘violating rules’

Pilots hit out at PIA for ‘violating rules’

Airlin­e denies any violat­ion, saying job assign­ments are in line with rules
By ​ Our Correspondent
Published: August 4, 2019
Tweet Email 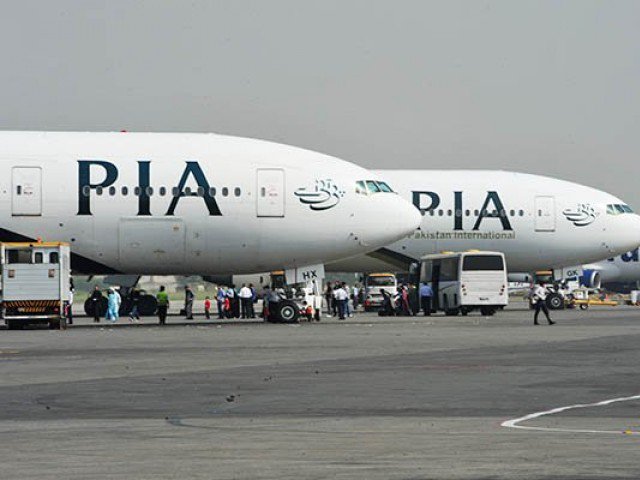 KARACHI: Pakistan Airline’s Pilots Association (Palpa) has alleged that the management of Pakistan International Airlines (PIA) is violating aviation rules and regulations for crew schedule, which causes fatigue among them and can result in a mishap.

In a statement, a Palpa spokesperson stated that a meeting of Palpa members had been called due to the airline management’s “non-serious attitude and violation of its own flight operation manual, CAA flight safety rules and International Civil Aviation Organisation (ICAO) safety guidelines”.

It “is putting both the aircraft and passengers’ safety at risk and has paid no heed to our repeated reminders,” the spokesman said.

He said the management had recently introduced some changes in the Flight Duty Time Limitation (FDTL) planning, which carried a very high element of fatigue, while negligence and anomalies in flight operations was taking a toll on PIA.

In a communication to the PIA CEO, Palpa said “it was clearly mentioned in the PIA-Palpa agreement, through which the relationship between the two is governed, Palpa will be taken on board on any policy decision and all actions will be taken bilaterally. However, it is unfortunate to mention that there are a few elements within your team who … are unnecessarily taking arbitrary actions with regard to crew duties.”

Also, he said, “matters relating to substandard accommodation for pilots at different stations have been highlighted since it is not a luxury as having a sound sleep before flights is also considered imperative for professional duty of a pilot”.

“PIA is flying from eight airports which include Karachi, Lahore, Islamabad, Multan, Peshawar, Faisalabad, Sialkot and Quetta, which is the newly inducted route for Hajj operation due to growing demand,” he said.

“It’s a hectic activity,” he said. “Positioning crew from different places is a big challenge.”

When contacted, PIA spokesperson said there was no violation in the current job assignments as they were in accordance with the Air Navigation Orders (ANO) of Pakistan Civil Aviation Authority (PCAA).

“As far as the hotel issue is concerned, Palpa members are always involved in that matter and this time it is under process and will be resolved soon,” he said. Transport issue could be resolved with talks, however, if there were any reservations, the management was open to listen to their grievances, he added.