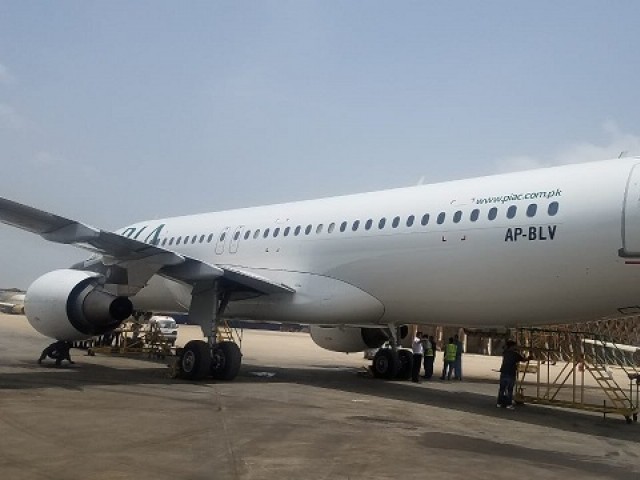 The Pakistan International Airlines (PIA) on Wednesday announced the addition of an A320 aircraft to its fleet which had been grounded for more than 13 months.

“This is the second grounded aircraft after Boeing 777 that has been made operational,” the national flag carrier’s spokesperson Mashood Tajwar told The Express Tribune.

He added that the aircraft would be made a part of its active fleet with no grounded aircraft left behind apart from for mandatory routine maintenance checks.

The plane, he further said, was grounded in May of last year, however, PIA CEO Arshad Malik had ordered all grounded aircraft be made operational.

Earlier, the national flag carrier requested the government for financial support in reviving the grounded aircraft but nothing materialised.

The spokesperson said the airline has utilised its own resources managed to revive these aircraft.

On July 9, the successful test flight was conducted with the aircraft now doing scheduled sorties.

“These recently revived aircraft Boeing 777 were already made operational from June and A320 aircraft will be utilised for PIA’s Hajj operation,” he shared.

Tajwar said that the airline did not acquire aircraft on wet lease as done in the past owing to the addition.

He said that there are over 80,000 pilgrims going for Hajj from the airline.

The spokesperson added that the addition would increase PIA’s savings.

The PIA CEO has congratulated the airline’s team for their efforts, as well as, giving out appreciation letters.

No-trust move against Sanjrani will be thwarted: Faraz