‘NAB is being used as a tool to harass, theatr­e of absurd contin­ues’ says PML-N vice presid­ent
By Our Correspondent
Published: July 31, 2019
Tweet Email 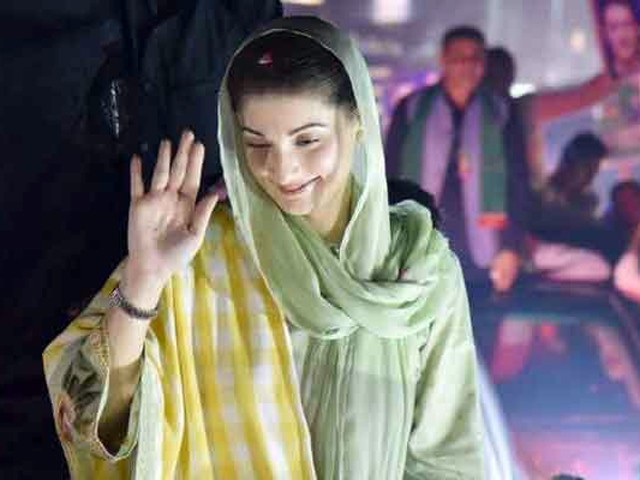 After being interrogated for 45 minutes on Ramzan Sugar Mills shares and other matters by a three-member NAB team, the opposition leader was allowed to leave. However, she was given a questionnaire and directed to reappear before the investigators on August 8, sources told The Express Tribune.

A large number of PML-N workers had gathered outside her residence in Jati Umra and the NAB headquarters in the city’s Thokar Niaz Baig neighbourhood. They showered rose petals on her car and chanted slogans in her favour.

Maryam later took to Twitter to vent her anger out on the government of Prime Minister Imran Khan over ongoing accountability drive aimed at opposition politicians. She apprised her social media followers about her appearance before the NAB team.

“Back from NAB. Told them the questions about family business have been asked and answered a zillion times and nothing found even by the agenda-driven JIT [formed to probe Panama Papers leak],” she tweeted. “But since the aim is to use NAB as a tool to harass and victimise, the theatre of the absurd continues,” she added.

The PML-N leader claimed that the officials of anti-graft watchdog had ‘nothing substantive’ to ask during today’s interrogation.

“No allegation or even remote mention of any corruption… all matters inquired about over and over again pertain to the family business and even in that nothing illegal has ever been pointed out or committed… selected desperately moving in circles,” she remarked in another tweet.

NAB has nothing substantive to ask. No allegation or even remote mention of any corruption, all matters inquired about over & over again pertain to the family business & even in that NOTHING illegal has ever been pointed out or committed. Selected desperately moving in circles. https://t.co/d33Q3tnj9z

Maryam, along with her brothers Hassan and Hussain Nawaz and cousin Yousaf Abbas, was summoned by the NAB Lahore on July 31 less than a week after an accountability court dismissed a NAB plea seeking action against her for allegedly submitting a bogus trust deed in the Avenfield case.

NAB had alleged that the trust deed Maryam presented in the Avenefield reference was bogus and wanted the PML-N vice president to face trial for submitting fraudulent documents. However, Accountability Court Judge Muhammad Bashir declared the plea inadmissible for hearing earlier this month.