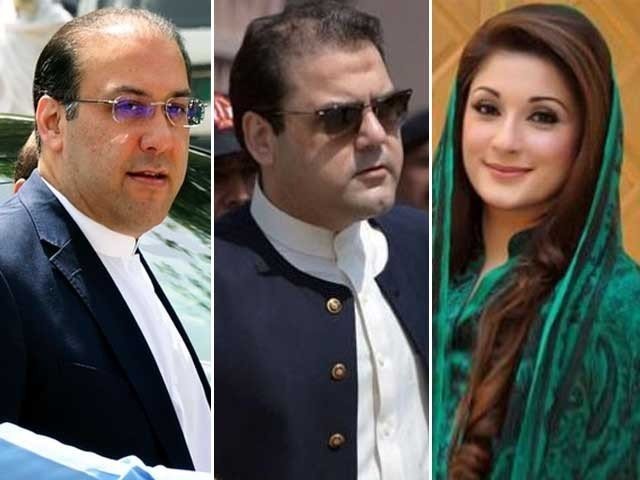 NAB has summoned all accused on July 31 for investigation. PHOTO: EXPRESS

The National Accountability Bureau (NAB) has summoned Maryam Nawaz Sharif and her brothers Hassan Nawaz and Hussain Nawaz on July 31.

According to Express News, summons have been issued to the Sharif family members in connection with the Chaudhry Sugar Mills case.

The children of incarcerated ex-prime minister Nawaz Sharif are due to be questioned at the NAB Lahore Bureau and the line of questioning pertains to accumulation of assets beyond known sources of income.

On Tuesday, NAB officials questioned Yousaf Abbas, a nephew of Nawaz, in connection with the Chaudhry Sugar Mills probe.

Sugar mill ‘belonging to Sharifs’ relatives’, others ordered to pay dues to farmers

The inquiry was initiated by NAB Rawalpindi last week and those facing investigation include Nawaz, Maryam, Hamza Shehbaz, Yousaf Abbas and other co-owners of the sugar mill.

Earlier reports suggested NAB investigators would send a questionnaire to Maryam instead of summoning her for an appearance.

The development comes less than a week after an accountability court dismissed a NAB plea seeking action against Maryam for allegedly submitting a bogus trust deed in the Avenfield case.

NAB had alleged that the trust deed Maryam presented in the Avenefield case was bogus and wanted the PML-N vice president to face trial for submitting fraudulent documents.