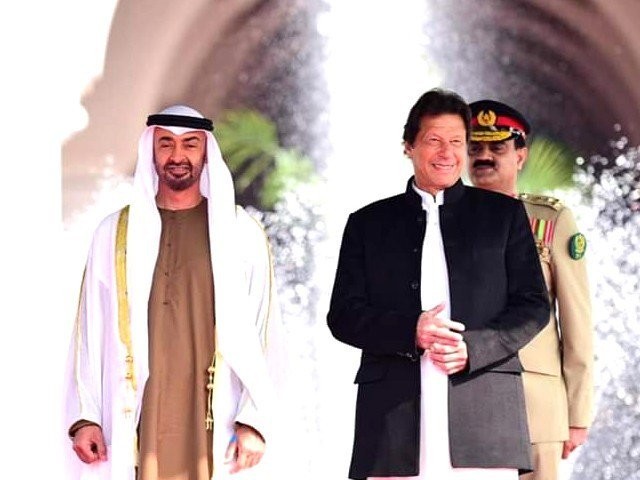 During the telephonic conversation, the two leaders exchanged views on bilateral relations and regional developments, said a statement issued by the PM Office.

The prime minister reaffirmed the importance Pakistan attaches to its strong fraternal ties with the Emirates and close cooperation between the two countries.

Among other things, Prime Minister Imran thanked the crown prince on the release of 700 Pakistani prisoners from the UAE prisons during Ramazan.

The two leaders also discussed ways to further deepen bilateral cooperation in all spheres and agreed to maintain close consultations on regional and multilateral issues.

On Tuesday, a National Assembly panel approved amendments in money laundering and foreign exchange regulations laws, helping the government to step closer to meet a requirement of Financial Action Task Force ahead of final showdown in September.

If finally approved by the Parliament, the State Bank of Pakistan’s permission will be mandatory for inland movement of foreign exchange valuing more than $10,000 by an individual, according to the bill passed by the National Assembly Standing Committee on Finance.

It is for the first time that the central bank has been given powers to regulate inland movement of foreign currency to curb money laundering. In case of violation, the law enforcement agencies will be authorized to confiscate the currency and arrest the currency holders.