RAWALPINDI: Ceasefire violations continue unabated by Indian border guards along the Line of Control (LoC) in the disputed Himalayan region of Kashmir.

Indian forces Tuesday evening fired mortars and artillery at the civilian population on the Pakistani side of the LoC without any provocation, the Inter-Services Public Relations (ISPR) said in a statement.

The Indian troops deliberately targeted the civil population in Danna, Dhddnial, Jura, Lipa, Sharda and Shahkot Sectors of the LoC, according to the military’s media wing.

At least one civilian was martyred and nine others – including women and children – were injured in the Indian shelling, it added while identifying the martyr as 26-year-old Nouman Ahmed.

The injured were evacuated to nearby hospitals for treatment.

Pakistan Army troops responded effectively to the Indian provocation by targeting the posts of Indian border guards, the ISPR said.

Reports say that three Indian soldiers were killed and several injured in the retaliatory fire from Pakistani troops which damaged and destroyed several enemy posts. 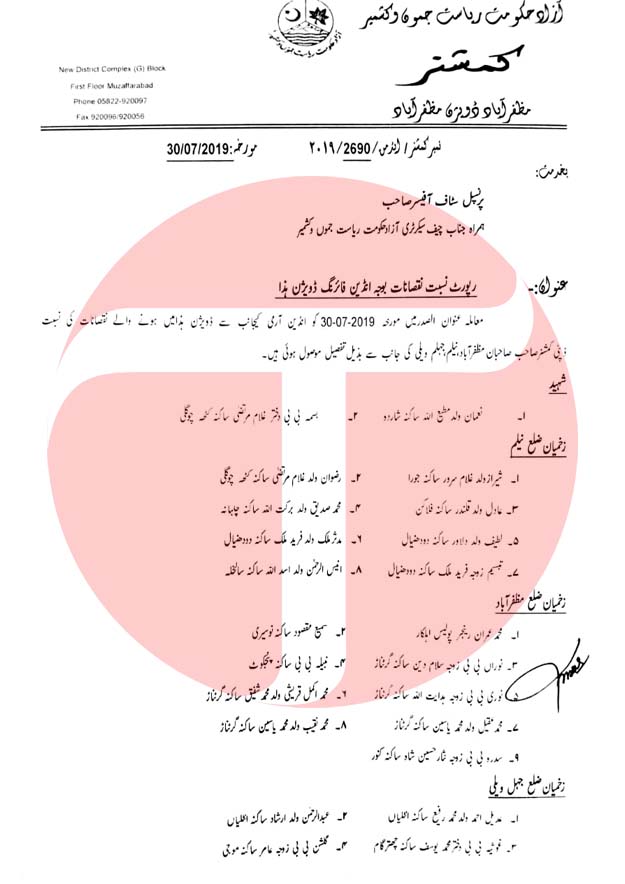