First batch consis­ting of 18 civil servan­ts will leave Pakist­an for Japan next month
By ​ Our Correspondent
Published: July 25, 2019
Tweet Email 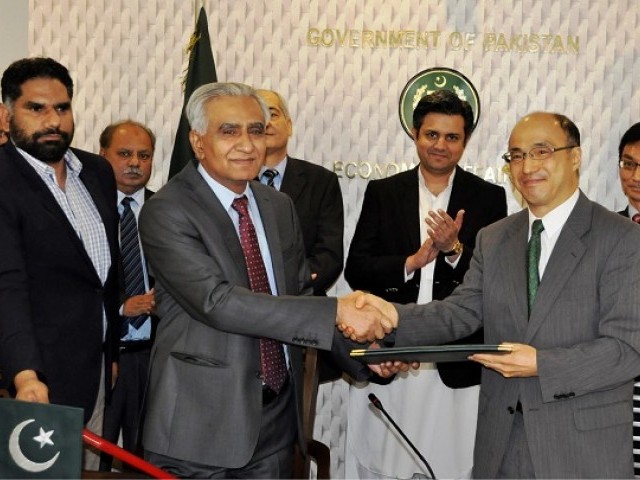 Notes to this effect were signed and exchanged between Yusuke Shindo, Charge d’ Affaires, at the embassy of Japan in Pakistan and Economic Affairs Division (EAD) Secretary, Noor Ahmed, the press release said.

A grant agreement on the details of implementation of the project for fiscal year 2019 was also signed by Shigeki Furuta, Chief Representative of Japan International Cooperation Agency (JICA) and EAD Joint Secretary Adil Akbar Khan.

This programme for Pakistan was introduced for the first time in 2018. The objective of JDS is to strengthen the administrative capacities of the Pakistani government by providing the opportunity to obtain the master and doctor of philosophy degree to the capable government officers, who are involved in formulation and implementation of social and economic development of the country.

Furuta added that this programme would make a significant contribution towards human resource development in Pakistan, as the JDS fellows would be expected to take an important leading role in the government.

“JDS fellows will gain knowledge, which will be useful for policy planning and implementation. The effectiveness of the government will directly affect the development of Pakistan and welfare of the people,” Furuta said. “The project aims to strengthen the partnership between both the countries.”