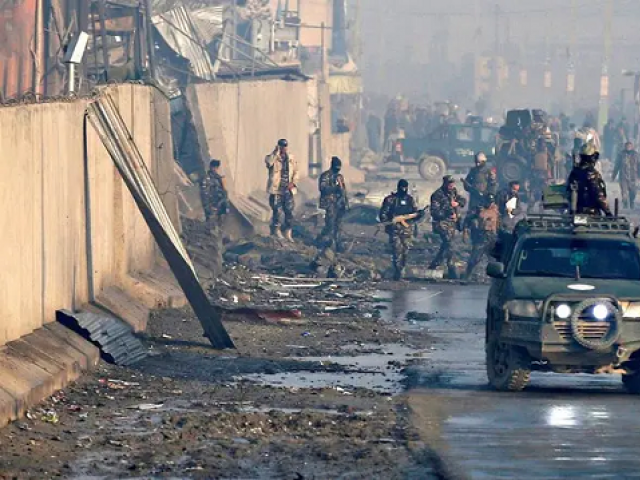 KABUL: Three bombs rocked the Afghan capital of Kabul on Thursday, with one hitting a bus carrying government employees, killing a total of at least 12 people, officials said.

“First a magnetic bomb pasted to a minibus exploded, then a suicide bomber blew himself near the bus attack site and the third blast happened when a car was blown up by unknown militants,” said Nasrat Rahimi, a spokesperson of the interior ministry in Kabul. 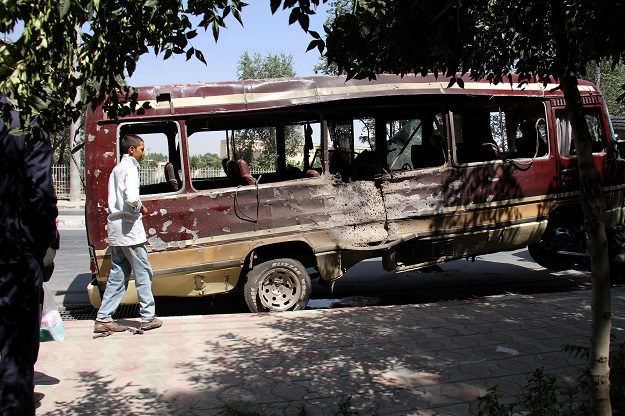 A boy walks past the wreckage of a bus following a suicide bombing in Kabul. PHOTO: AFP

“The death toll could rise from all the three blasts,” he said.

No militant group has claimed responsibility for the attacks that came as United States (US) Marine General Joseph Dunford, the chairman of the Joint Chiefs of Staff, was meeting top US and NATO officials in Kabul.

The US is trying to negotiate a deal that would see foreign forces pull out of Afghanistan in return for various security guarantees by Taliban militants, including a pledge that the country will not become a safe haven for terror groups. 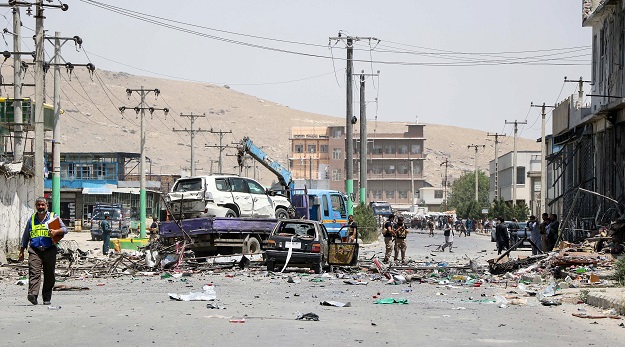 The eighth round of talks is expected to begin this month in Qatar.

The Foreign Office (FO) condemned the attack in Kabul on Thursday.

Expressing solidarity with the people of Afghanistan, FO Spokesperson Dr Mohammad Faisal said that “Pakistan condemns terrorism in all its forms and manifestations and supports Afghanistan in their efforts to restore peace”.

“We express our condolences to the bereaved families and pray for the speedy recovery of the injured,” he added.

Pakistan condemns terrorism in all its forms and manifestations. We express solidarity with the people of Afghanistan. Pakistan will continue to support international efforts to restore complete peace and stability in Afghanistan @mfa_afghanistan