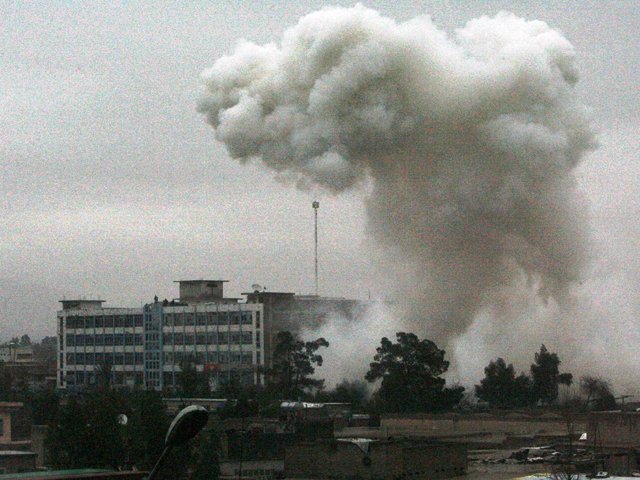 RAWALPINDI: Police have registered a case against gas utility authorities for causing murder of six people who were killed in a gas leak explosion at a house at Loni Jassial area of Kallar Syedan.

The head of the affected family, Shaukat Ali, told the police in his complaint that the gas pipeline outside his home was leaking for the last one year. “We had sent many applications but the utility service people did not repair the leaking pipeline,” he said.

On July 14, leaking gas caused an explosion in the house due to which eight people got burnt, who were shifted to Holy Family Hospital. “Six people of my family, including two children aged 11 and three, died during treatment in the hospital,” he said. The deceased included Waqas, Ehtisham, Sonia, Basit Ali, Shbana and Robina, while the condition of other two injured was still critical.

Ali said the gas utility people came to the village after the blast and repaired the leaking pipeline. If they had done so earlier, precious lives could have been saved, he said.

Denying allegations made in the FIR, he said if the blast was caused by gas leakage in the pipe outside the house in the alley, other houses would also have been affected when the gas pipeline leaked.

“According to our report, the gas filled in the house due to negligence of the residents and a short circuit caused the explosion,” he said.

SNGPL Islamabad GM said consumers need to play their role in preventing gas leak explosion. He said SNGPL provides information lectures in schools, colleges to prevent life-threatening incidents. “We will also provide awareness lectures in schools in Kallar Sayedan so that such incidents can be avoided in the future,” he said.

Regarding the case, Zahoor said SNGPL Legal Wing will submit response to the FIR in the court.

All the nominated suspects allegedly involved in sexually abusing a nine-year-old child in the area of Rawat police station have been arrested, police said on Tuesday.

One killed, 15 injured in gas explosion in Lahore

The CPO has inquired of the report of the incident from. According to details,

The child was allegedly assaulted by five suspects. Upon receiving the information, the CPO Muhammad Faisal Rana directed SP Saddar Rai Mazhar Iqbal for registration of the case and for culprits to be arrested immediately. A case was registered on the child’s father Saddam Hussain’s application right way.

Subsequently police arrested all five nominated culprits Zeeshan, Ehtisham, Saqlain, Imran and Farhan Amir and presented them in the court, who were handed to police on physical remand by the court.

The CPO Muhammad Faisal Rana inquired for the report of the incident from SP Saddar, who while briefing the CPO said that medical examination has been conducted.

Police have taken interview of the affected child while the suspects were under interrogation. CPO Rana said child abuse was the worst form of crime and perpetrators of such heinous acts should be dealt with severely as per the law. “We must also take proactive measures to eradicate the possibility of occurrence for these crimes.”

He also directed field officers to remain in close contact with the complainant and keep them updated regarding the investigation of the case.

Meanwhile, the community expressed their satisfaction over the arrest of all culprits on the sexual abuse incident of a nine years old child, saying that the community’s trust on Rawalpindi Police is increasing because of the CPO Muhammad Faisal Rana’s professional policing.

Another nominated accused of anti-terrorism act case of the 2018 double murder incident in judicial complex shootout has been arrested by Rawalpindi police. The accused had enticed his friends over social media after the apprehension of the gang leader Wali Jan.

Important developments occurred in the past 48 hours regarding the culprits’ arrest of the anti-terrorism case for the judicial complex double murder incident happened in 2018. After the arrest of the accused Arshad Langra from Islamabad International Airport on his return from the United Arab Emirates; police have arrested another accused of the same case, namely Najeeb Ullah. CPO Rana inquired of the report of this said case. SP Potohar Division Syed Ali briefed the CPO, saying that Najeeb was the second-in-command of this gang and after the arrest of gang leader Wali Jan, he uploaded content on social media to entice other gang members to commit acts of vengeance.

SP Ali briefed that the arrested culprits were being presented in the anti-terrorism court, and other heinous crime incidents will be traced during the investigation of accused criminals.

with additional input by Saleh Mughal