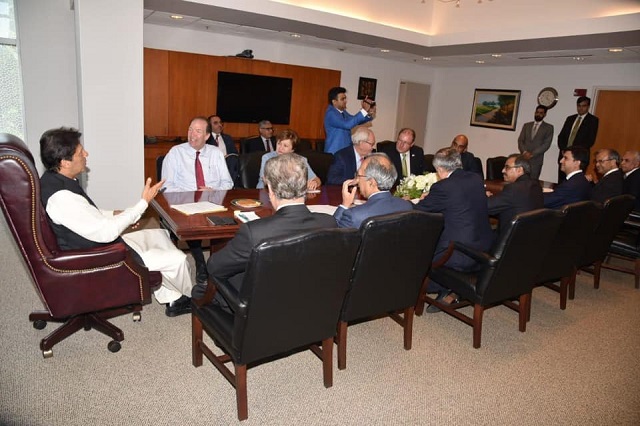 The delegation, expressed its interest in investing in the Information Technology (IT) and technology sector in Pakistan along with education, manufacturing and steel sectors. PHOTO: RADIO PAKISTAN
WASHINGTON:

Prime Minister Imran Khan held meetings with the acting chief of the International Monetary Fund (IMF) and the head of the World Bank in Washington on Sunday.

In a statement issued after the meeting, Lipton said PM Imran's government faces mounting pressure as rising prices and tough austerity policies under Pakistan's latest bailout from the IMF are squeezing the middle class that helped carry it to power.

“Pakistan needs to mobilise domestic tax revenue now and on into the future to provide reliably for needed social and development spending, while placing debt on a firm downward trend,” he said.

“The program is aimed at stabilising the economy, strengthening institutions and paving the way for sustainable and balanced growth,” Lipton said in the statement.

“IMF and other international partners were working closely with the Pakistani government to support the implementation of the reforms.”

A delegation of businessmen and investors also held a meeting with PM Imran Khan at the Pakistani embassy in Washington on Sunday.

The delegation expressed its interest in investing in the information technology, education, manufacturing, and steel sectors of Pakistan.

The premier assured the businessmen of an investment-friendly environment in Pakistan, highlighting the steps taken by his government to increase ease of doing business in the country.

He also informed the delegation about plans for the promotion of the industrial sector and socio-economic development in the country.

The delegation members, who included former ambassador Munir Akram and renowned businessman Shahal Khan, shared their concerns regarding trade and investment in Pakistan but appreciated the prime minister’s vision for the country. 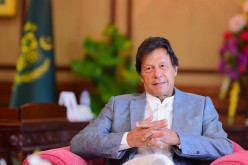 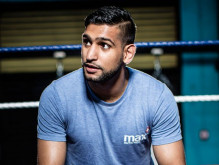