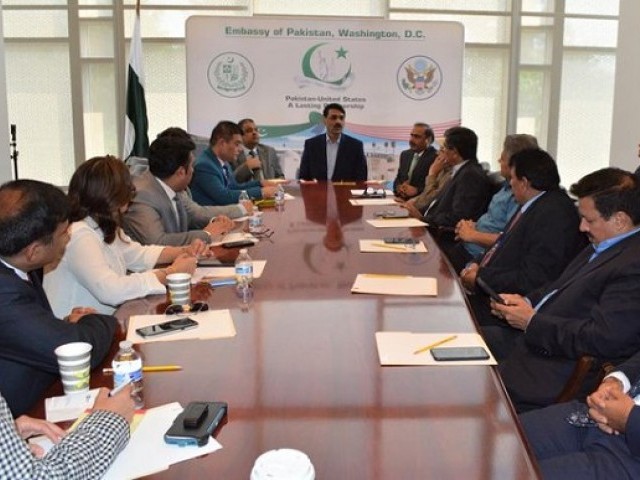 Addressing the media at the Pakistani embassy in Washington, the army spokesperson said the COAS will also accompany Prime Minister Imran Khan during his meeting with US President Donald Trump, Radio Pakistan reported.

Speaking about Pakistan’s internal security situation, the DG ISPR said it was far better now as the “sacrifices of the nation and security forces have started yielding results”.

Briefing journalists on the situation on Pakistan’s borders, Maj-Gen Ghafoor said border control measures were much more effective after the fencing of the Pak-Afghan border. He expressed confidence that the border fence would help reduce terrorism and violence.

“The main focus of Pakistan’s security forces now is development in Balochistan and restructuring of terrorism-affected areas in coordination with civil administration,” he said.

The DG ISPR also briefed the media regarding escalation in tensions with India in February this year and the overall security situation of the country.

He lauded the role of media in highlighting the positive image of the country abroad.

PM Imran arrived in Washington on his three-day visit to the United States in the wee hours of Sunday, accompanied by COAS Bajwa, Adviser to PM on Commerce Abdul Razzak Dawood and Special Assistant on Overseas Pakistanis Zulfi Bukhari.

This is PM Imran’s maiden visit to the United States since assuming office in 2018. The trip was originally planned in June but was postponed because of the PM’s prior domestic engagements, including the federal budget.

Relations between Pakistan and the US have remained strained since Trump took charge of the White House.

However, observers say Trump’s willingness to host the premier suggests the two sides might have made forward movement on certain thorny issues, particularly Afghanistan.