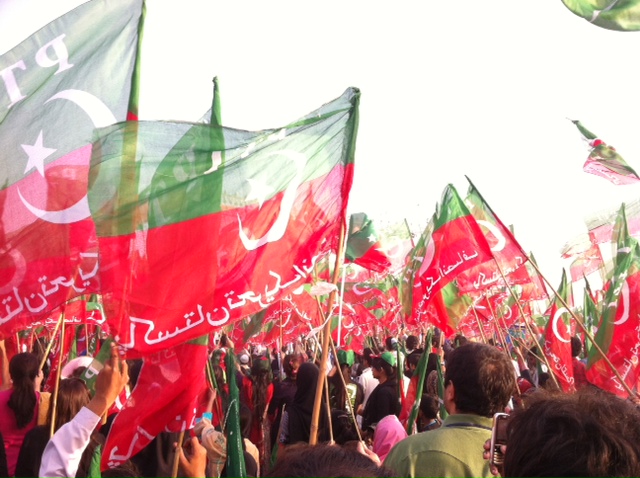 PESHAWAR: Political rifts emerged into the ruling Pakistan Tehreek-e-Insaaf (PTI) in the Khyber Pakhtunkhawa (K-P) during the intra party elections, while the neglected political leaders of the party decided to contact the federal level leadership for the nominations.

The new party officer bearer has welcomed the party’s decision that the nominations should be given based on the merit and added that the chairman has nominated those who had been deprived in the government formation in the province and center.

The party source has told The Express Tribune that those who had been ignored during the government formation, were now waiting to be bestowed with party offices and were now, only staying with the party to receive a nomination for party office within the province. However, instead of receiving a nomination, these party members are now being completely ignored.

“The ignored politicians were anxiously waiting to be accommodated within the party’s office positions; however, even now their wishes are being neglected. However, the husband of female MPA Maleeha Asghar was appointed as general secretary of the party, while the party’s MNA from Charassada Afzal Khan has been appointed as president,” the source says.

Meanwhile those who had been deprived of the party’s office have also taken their affiliated office, workers in their respective spheres for consultation and decided to contact the party provincial and central leadership for their decision and reservation of the decisions.