We need to change our priori­ties vis-a-vis our neighb­ours, since we cannot change them
By Javed Chaudhry
Published: July 18, 2019
Tweet Email 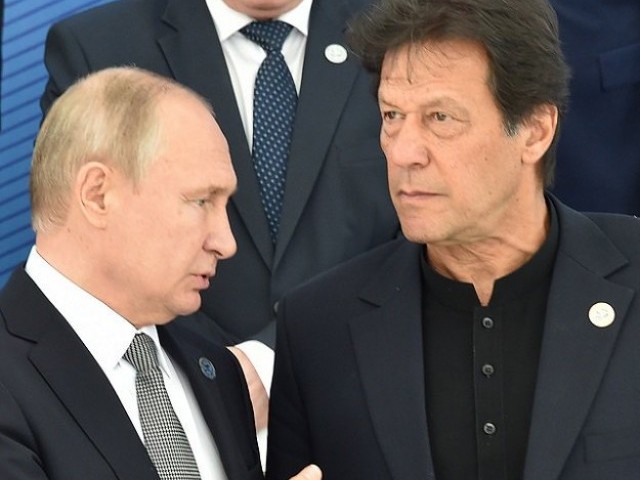 “Pray tell me, what have we got from this friendship spanning more than 70 years? Why break a butterfly on the wheel? Instead of wasting our energy on propitiating America, a country situated twelve and a half thousand kilometers away from Pakistan; we should focus on strengthening our ties with our immediate neighbours.”

I remember that moments after saying this, my friend, Khawaja Asif got emotional. During that evening he referred time and again to Russian Foreign Minister Sergey Lavrov.

It was a cold evening of March 2018. The sun looked jaundiced through the window panes as I was sitting in Khawaja Asif’s drawing room. He was the then Foreign Minister of the departing PML-N government. During those days, Pakistan was fortunate enough to have recently stalled the financial strike of the US. The Financial Action Task Force (FATF) had met in Paris, in February earlier that year, for this purpose. Our so-called friends and old allies had tried very hard to declare us a terrorist state. This Damocles’ Sword had been hanging over our heads since long. If the FATF had succeeded in blacklisting us, Pakistan could have been rendered bankrupt as our exports would have been halted; all import agreements cancelled, and investments in the country would have dwindled abysmally. International donors would not have cast even a condescending glance at us. Against the backdrop of these impending disasters and apocalyptic horrors of sorts, Khawaja Asif along with Tehmina Janjua reached Moscow. On the day when the fateful FATF meeting was going on in Paris, he met his Russian counterpart Sergey Lavrov and besought timely help. It was highly ironic that we were beseeching the Russians, our characteristic enemies. The upshot of this request was amazing to say the least. No sooner had the Russian FM understood our tenor, that he called his team in Paris and directed them, “thus we stand with Pakistan”. This Instantaneous support from the Russians touched the right chord in our hearts. Pakistan was not expecting this immediate help. As a senior, the FM took the matter upon himself and declared to help Pakistan. In Paris, the Russian participants sided with Pakistan at the FATF meeting and surprised the whole world. While China and Turkey were with us all along, the timely Russian help turned the tables on the US and other malefactors, and Pakistan was saved from the ignominy of being blacklisted.

Outside the evening had grown darker. A heavy silence descended on the room for a while, then Khawaja Sahib resumed, “I have gone to Russia many times under three capacities: as Minister for Defence, as Minister for Water and Power, and lastly as a Foreign Minister. I have always felt the Russian people’s affection for us. Temperamentally, I have found every Russian to be a hail fellow well met with us. Hypocrisy is not to be found in them. Whether they are a friend or a foe of someone, is unmistakable in their demeanor. No isthmus of double dealing is to be found in them. During the cold war they were our adversaries so they opposed us vehemently on all fronts. Now if they want to befriend us, they are doing so with might and main. They are, after all, prepared to weather all storms and sacrifices for an indissoluble bond.”

I asked Khawaja Sahib, “What precisely is the cause of this policy shift?” He pondered for a while and said, “The Russian disaffection was due to the Indians and now they are making the overtures also due to them. In the past, Indians joined the Soviet bloc to scare the Americans and the Pakistanis. Now the Indians are currying favour with America to cow the Russians and us. Russia knows the Indian strategy and is adamant not to be brow-beaten or blackmailed.” He paused for a few seconds and then said, “We extended our hand of reconciliation towards the Russians in 2013-14. India and America raised a hue and cry but Russia did not back down. We disregarded the Russian criticism. Immediately, the Russians participated in military exercises with Pakistan. The Russian air force and navy joined us in these exercises. In the purchase of armaments, Russia elevated us from category four to two. Now we may import any kind of armament from Russia. I met the Russian Defence Minister Sergey Shoygu and Deputy Defence Minister Alexander Fomin — both serving generals. The latter was a former Minister for Defence Production. Incidentally he was the man, who in spite of extreme Indian pressure, helped in our ascent to category two. They took me to some of the most sensitive places that were out of bounds for many foreign dignitaries. They opened the gates of Gazprom for me — the most famous Russian company with assets worth $113 billion. The company holds the lion’s share in the Russian stock exchange and economy. The Russian Deputy Defence Minister told me that we could purchase everything from them on the condition that we should invest much in strengthening the bonds of friendship.”

Khawaja Asif further said, “We have been inimical to the Russians for 65 years. Despite this, they opened up their ‘sensitive doors’ for us. America did not even deign to give us any such access in 70 years. Ironically, our friends instead dragged us up to the threshold of excommunication and blacklisting. Whereas, those we considered our enemies have been standing with us at every world forum. That’s why I often ask what have we got from America in the past so many years? Instead, our neighbours should be our first choice when it comes to regional cooperation and national interest.”

I could not feel the immediacy of Khawaja Sahib’s assertions on that day, but now I am fully convinced of his heartfelt and well-considered opinions. Our region has two superpowers: China and Russia. Around us, two economies are on the ascent: India and Turkey. It is in the fitness of things that instead of hanging on to a country situated twelve and a half thousand kilometers away, we should focus on regional powers. It would be a folly to count on some distant uncle and disregard our brothers we have fallen out with. Since the bulk of our problems are regional, the solutions are too, and we urgently need to focus our attention largely on our region. It is heartening that our policy is undergoing a marked change.

We need to change our priorities vis-a-vis our neighbours, since we cannot change them. Our peace, prosperity and progress largely depend on our ties with these countries. One in hand is better than two in a faraway bush. We need an immediate policy shift. It is high time we are alive to glaring realities and challenges. Imran Khan will be on a state visit to America from July 20, while Putin will also be waiting to see Imran Khan in Moscow in the future. We must have cordial relations with all countries but regional powers should not be forgotten when it comes to national interest. We have been pursuing a one directional approach since the days of Liaquat Ali Khan. We may have to retrace our steps and make our bond with countries like Russia indissoluble. A bipolar approach in foreign policy might save us from some likely bipolar disorder — a corollary of unipolar approach in running the country.