The top court in June had reject­ed Mai’s appeal agains­t the acquit­tal of 13 people accuse­d in her gang-rape
By ​ Hasnaat Malik
Published: July 17, 2019
Tweet Email 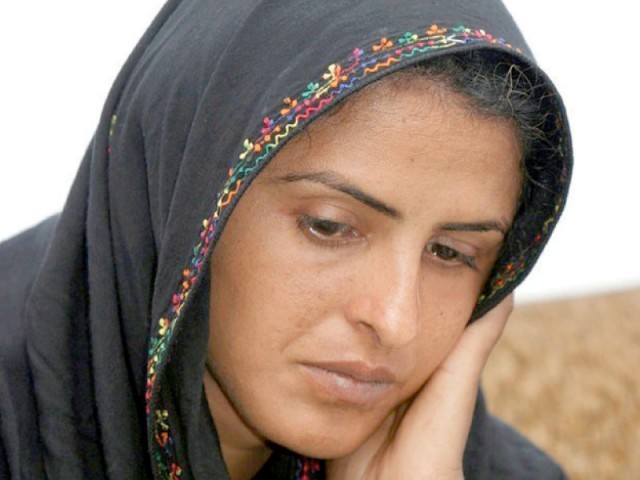 ISLAMABAD: The Supreme Court on Wednesday issued a detailed written judgement regarding the rejection of review appeal filed by Mukhtaran Mai against the acquittal of 13 people accused in the gang-rape case.

A three-member SC bench in June this year headed by Justice Gulzar Ahmed had announced the verdict.

The top court noted, “It is now well settled that the power of review stems from the possibility of judicial fallibility and is exercised in exceptional circumstances, in aid of justice, to avoid gross injustice and in view of the necessity to avoid perpetuating such illegality, which cannot be allowed to remain on the record.”

Justice Gulzar while authoring the five-page decision said, “Formulations and submissions of Mai’s attorney Aitzaz Ahsan are based materially on the evidence on record, meaning thereby that the [SC] court, exercising review jurisdiction, is required to read the evidence, the very such exercise, in our view, is not permissible in law while sitting in review jurisdiction.”

The written SC order said, “A review is not synonymous with an appeal and does not include rehearing of the matter in issue nor will be warranted merely because the conclusion drawn is wrong or erroneous but is limited to eventualities where something obvious has been overlooked or where there is a glaring omission or patent mistake of fact or law, which is self-evident, manifest and floating on the surface, materially affecting the outcome of the adjudicatory process.”

“The formulations of Mai’s lawyer do not seem to attract any of the provisions under which the review jurisdiction could be exercised by this [SC] court and thus, we are of the considered view that the present review petitions are not justifiable and are liable to be dismissed on this score alone.”

It added, “Needless to observe that the formulations and submissions, as they appear, are such which can be raised and addressed by this [SC] court in an appropriate proceeding in some other case attracting the same, however, in the instant case under the review jurisdiction, where this court has already given its judgment, these formulations and submissions cannot be gone into. Thus, for the above reasons, the criminal review petitions are dismissed.”

In June 2002, Mai was gang-raped on orders of a ‘panchayat’ as punishment after her younger brother was accused of illicit relations with a girl from a rival tribe.

In August 2002, an anti-terrorism court awarded death penalty to six out of 14 identified by Mai – four were sentenced for rape while two were awarded capital punishment for being part of the village council. The ATC released eight others.

In March 2005, five convicts were acquitted by a Lahore High Court bench while one’s sentence was converted into life imprisonment.

The acquittal was challenged in the apex court. A three-judge bench headed by Justice Mian Shakirullah Jan and comprising former CJPs Nasirul Mulk and Mian Saqib Nisar upheld LHC decision and rejected the appeal in its April 2011 verdict.

Mai filed a review petition against the judgment in May 2011. In her review petition, Mai has pleaded that the court should review and recall the judgment and grant relief as prayed in the appeal. She had also requested the court to constitute a larger bench to hear her petition, contending that she is aggrieved of and dissatisfied with the findings of the court.