‘Lavish expenditure’ made by ex-rulers ‘to be recouped’

‘Lavish expenditure’ made by ex-rulers ‘to be recouped’ 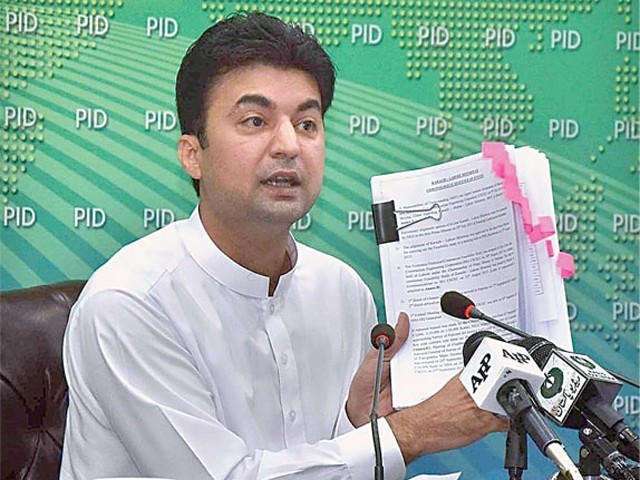 Murad Saeed says PM Imran bears all expenses of his Bani Gala residence on his own. PHOTO: APP/FILE

Addressing a news conference after the cabinet session, Federal Minister for Communications Murad Saeed along with PM’s Special Assistant on Information Firdous Ashiq Awan and Adviser for Climate Change Malik Amin Aslam gave details of the expenses made by the past leaders.

They said that a total of Rs245 million were spent on the security of former prime minister Yousuf Raza Gillani’s five camp offices of which three were in Lahore and two in Multan.

Former president Asif Ali Zardari also spent an enormous amount of Rs3.164 billion on his personal security and entertainment, while over 650 law enforcement personnel were deployed for his security at the time when he was not even the president.

The federal minister noted that former premier Nawaz Sharif incurred an expenditure of $460,000 on his official tour to the United States during 2015, while a similar visit to be undertaken by Prime Minister Imran Khan will cost the public purse only $60,000.

In 2016, Nawaz underwent a medical treatment in London, while spending 327,000 pounds from the public exchequer and a special PIA flight was used for his arrival and departure.

Likewise, Rs8.7269 billion were spent on the security of Shehbaz Sharif. He spent Rs1.3 billon alone on the procurement of a new helicopter.

Saeed said that separate security arrangements were in place for the wives and sons-in-law of the Sharif family and as many as 2,717 police officers were engaged on the security of Sharif family.

In all, billions of rupees of public money were spent on the security of a disqualified politician.

On the contrary, security expenditure of the Punjab chief minister reduced by 86 per cent and travel expenses by 60 per cent after Usman Buzdar took charge of the office last year.

Saeed briefed the cabinet over the use of public funds by the top ministers of the government. He said that billions wasted by the rulers of the former government will be recovered.

Meanwhile, Prime Minister Imran Khan, while taking notice of the abrupt increase in the price of flour and roti advised provincial chief secretaries to submit a detailed report pertaining to roti, wheat and other grains.

PM’s special assistant Firdous Ashiq Awan said that the premier had advised the authorities to cut the regulatory duty imposed on edible oil from 7 per cent to 2 per cent.

PM Imran has also formed a high-level committee for a comprehensive review of the international court’s verdict against Reko Diq case.

The committee would ascertain the reasons and people responsible for awarding penalty and determine the future course of action in the form of recommendations for the Senate.

The federal cabinet was also given an extensive briefing pertaining to the controversial report published in a British daily.

The cabinet has approved appointments of Tauseef H. Farooq as chairman NEPRA, Shahbaz Jamil as president of Agricultural Development Bank and Nasir Khan as executive director of New Tech.

Saeed maintained that children in Thar were dying because of malnutrition and lack of drinking water in Sindh.

“In Thar, as seen in the report submitted to the Supreme Court, each year, there are more than 500 children who are dying due to hunger and poverty. The health conditions are such in the chief minister’s constituency that one is hard pressed to find an ambulance to carry the injured to a hospital when a blast occurs,” he said.

“The availability of clean drinking water is an issue most prominent in Sindh and Punjab. Data from State Bank of Pakistan (SBP) and Benazir Income Support Programme (BISP) shows that Sindh is the most poverty-stricken province followed by South Punjab,” he added.

Adviser for Climate Change Malik Amin Aslam said that over 140 million trees will be planted in 400 events planned for a go-green drive during the monsoon period.

The adviser observed that federal cabinet had approved the ban on the use of plastic shopping bags and restriction would come into force on August 14.

In the first phase, the ban will be imposed to the extent of Islamabad.

The government will distribute 100,000 environmentally-safe bags to the people as an alternative for plastic bags.

WATCH: Buzdar comes to the aid of citizens stranded in Lahore rain