Ghulam Nabi Memon has been servin­g in the police depart­ment for the past 28 years
By Our Correspondent
Published: July 16, 2019
Tweet Email 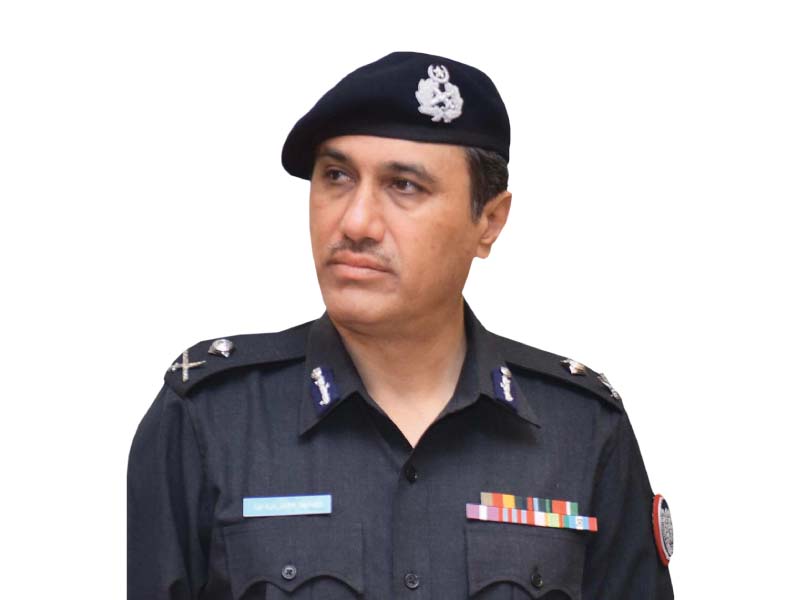 Meanwhile, the Hyderabad Additional Inspector-General of Police (AIGP) Ghulam Sarwar Jamali has been removed from the post and will be replaced by AIGP Waliullah Dil, while Imran Yaqoob, who was recently promoted to Grade 21, has been posted as the Special Branch AIG in the place of AIGP Waliullah Dil.

Grade 20 officer Farhat Ali Junejo, who had been awaiting appointment, has been posted as Special Branch DIG, while Qamar-ul-Zaman has been posted as the Traffic-License Branch DIG. According to police sources, more transfers and postings are expected in the next few days.

Born in 1966, Ghulam Nabi Memon started his police career in 1991 as an assistant superintendent of police (ASP).  During his long police service, he has worked in various capacities, both in Pakistan and outside the country and has a number of medals and honours to his name.

Memon has also been previously stationed in Karachi, where he worked as Zone South DIG and Headquarters DIG. In 2011, his services were transferred to the federal government.

During the first six years of his career, he was posted in various districts in Punjab. Memon holds his domicile of district Badin of Sindh, where he was first stationed in 1997 as the SP for Ghotki. Subsequently, he worked as an assistant DIG of Operations in various other districts of the province, including Khairpur, Larkana and Hyderabad, until 2006.

On March 2006, he was elevated to Grade 19 as SSP, after which he spent the next two years outside Sindh while his services were handed over to the federal government.

During this time, he also worked as an officer for the intelligence bureau (IB).  He was again transferred to Sindh in 2008 and in April that year, he was posted as DPO for Khairpur. After his promotion to Grade 20, he was given the post of South DIG on July 21, 2009, where he was posted for a year.  Later, after serving as Headquarters DIG for a year, he was again called to Islamabad, where he was promoted to Grade 21 on February 22, 2018.  His services were again returned to Sindh on July 8, 2019, a week after which he was appointed as the Additional IG for Karachi. Memon has also served in various capacities in the United States and England.