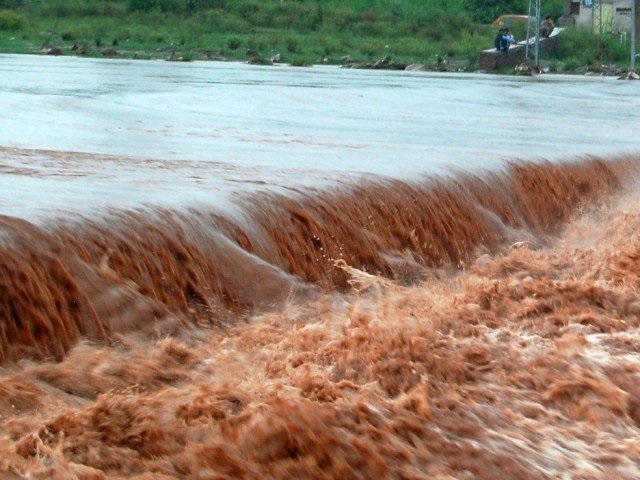 MUZAFFARABAD: At least 28 people have died and dozens more, including women and children, are missing after heavy rains and flash floods wreaked havoc in Azad Kashmir’s Neelum Valley on Monday.

Over 150 houses in the Laswa area of the valley were damaged and dozens of people were swept away in floods that officials said were caused by a cloudburst.

Many structures in Laswa’s main market, including two mosques, were also completely destroyed. Traffic flow in the area has been severely disrupted, while cell phone and internet services are also affected.

Several people are still stranded in their houses and efforts are underway to evacuate them.

Teams including officials from the district administration, disaster management authority and local police are conducting rescue operations in the area.

He said the deceased include 10 Islamic missionaries from the Tablighi Jamaat, four of whom were from Lahore, five from Faisalabad and one from Sheikhupura.

Officials also confirmed the deaths of five people, including a little girl, after a touring jeep fell into River Neelum. One person survived the accident and was admitted to hospital in critical condition.

“We are frantically searching for more missing people. This is a popular tourist spot so there is a strong probability of the death toll increasing. An emergency control room has been established in Muzaffarabad (058-21921643) to supervise and coordinate the rescue operation.”

Cloudburst is a rare phenomenon in which a large amount of water pours down on the ground due to the burst of clouds. Normally rainfall over 100 mm per hour is considered as a cloudburst.

This was the first GLOF since 2015, when a similar incident killed at least three people and caused extensive damage to property and infrastructure and affected more than a quarter of a million residents in Chitral.