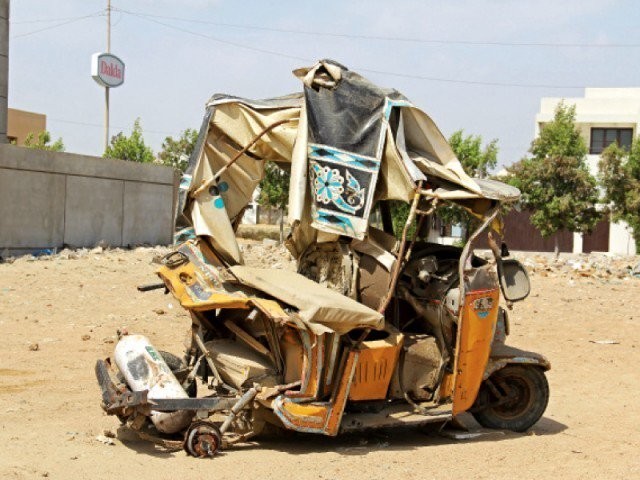 HYDERABAD: A road accident between a rickshaw and a passenger bus in Sanghar district on Saturday left 10 persons dead and 20 others injured. The accident happened on Shahpur Chakar-Sanghar Road near Sharifuddin Bugti Village.

150 killed in railway accidents in past five years

According to police, all of the deceased were travelling in the rickshaw. The injured were initially shifted to a local rural health centre before they were shifted to hospitals in Sanghar and Nawabshah.

The police said that the rickshaw was carrying nine passengers, in violation of the Supreme Court’s order which has restricted rickshaws to just four passengers.

Police sources said it is a common practice for the rickshaws in Sanghar and many other districts of Sindh to carry half a dozen or more passengers.