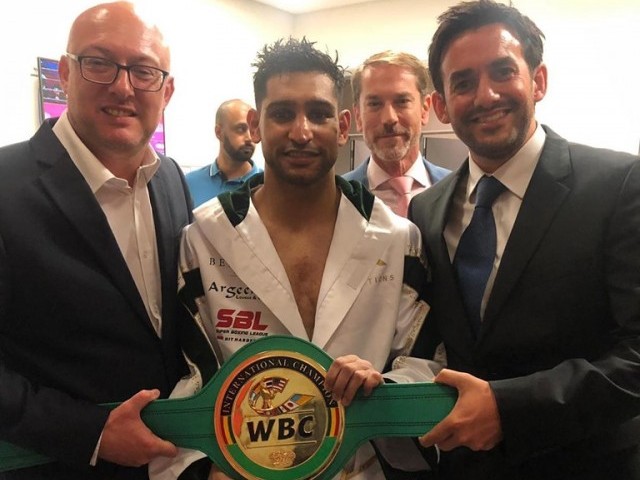 It was a disappointment to see British-Pakistan boxer Amir Khan’s fight with Indian boxer Neeraj Goyat being cancelled, but boxing fans have something to rejoice since the former has won the match against Australian Billy Dib.

Thank you for all the support. Fight 39. Big thanks to my team Bones Adam @ArizaFitness1 and hector. @SBLHitHarder for putting on a great show in Jeddah. Many more to come in Saudi Arabia. All the best @BillyDib hope u come back stronger. Who should I fight next? pic.twitter.com/OZwTiNZLrT

Amir went into the fight preparing for a knockout against Goyat at King Abdullah Sports City in Jeddah, but the Indian boxer was injured during a car accident and had to pull out of the fight.

Dib was announced as the replacement for Goyat but he proved to be an easy opponent for Amir as the Brit downed the Australian in just the second round with vicious left hook. 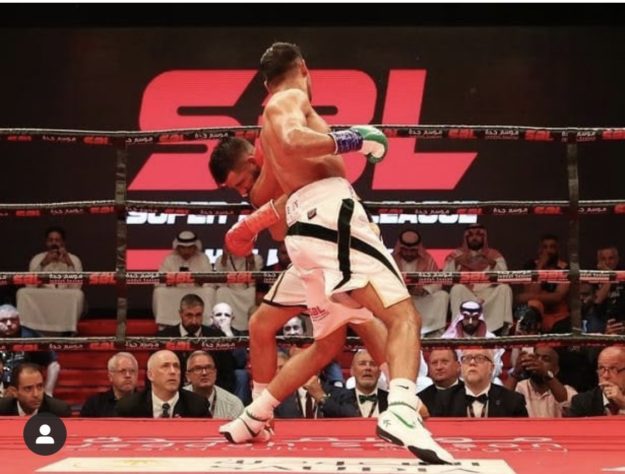 The fight, however, continued but a rapid combination of punches by Amir saw Dib floored again in the fourth round, which prompted his team to throw in the towel.

Having disposed of the Australian, Khan told TalkSport, “We want the Manny Pacquiao fight, let’s hope he comes to Saudi Arabia. Hopefully we come back again at the end of the year and bring Pacquiao here.” 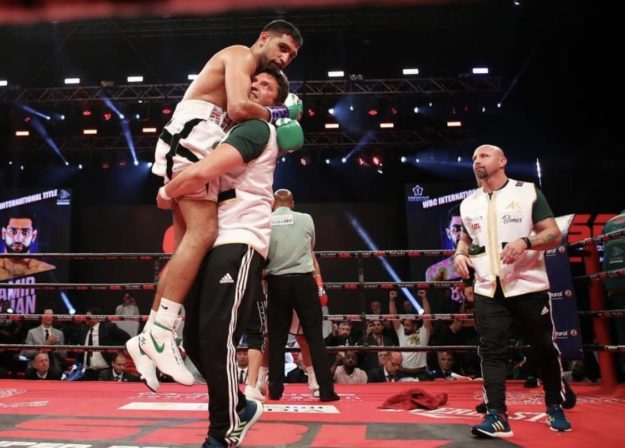 On the Dib fight, he said he felt “very comfortable”.

“I slowed myself down a little bit instead of rushing all the time,” he added. “I was seeing everything, making sure I was putting in the right shots.”

Here’s the full fight between Amir and Dib: