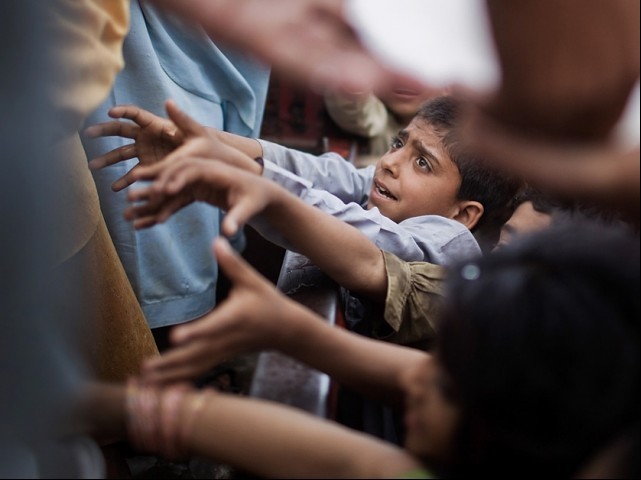 ISLAMABAD: Pakistan has lifted 6.2% of its population out of acute poverty during five-year term of Pakistan Muslim League-Nawaz (PML-N), as the number of people living in multidimensional poverty stood at 38.3% in 2018, states a new report of the United Nations Development Programme (UNDP).

The incidence of multidimensional poverty in Pakistan is 38.3% but the intensity is considerably higher at 51.7%, according to the new Multidimensional Poverty Index (MPI) that is based on data of up to fiscal year 2017-18. The report was released on Wednesday.

Jointly developed by the UNDP and the Oxford Poverty and Human Development Initiative (OPHI) at the University of Oxford, the 2019 global MPI offers data for 101 countries, covering 76 per cent of the global population.

Overall, in South Asia 22.7% of children under age 5 experience intra household inequalities in deprivation in nutrition, says the report.

The PML-N government had achieved average 4.8% economic growth rate during its five years term, although it missed the annual targets. Rather than income and wealth alone, the MPI uses broader measures to determine poverty based on access to healthcare, education and the overall standard of living, thus giving a more detailed understanding of poverty.

The report notes that Kenya and Pakistan have a similar incidence of multidimensional poverty but inequality in education in Pakistan is twice that of Kenya. The 41.3% of the population was deprived of education – a startling figure that underscores the need to heavily invest in humans.

In order to ensure that Pakistan does not cut the spending on health and education, the International Monetary Fund (IMF) has introduced an indicative target in the programme.

The UNDP notes that Pakistan reduced deprivations in six out of ten indicators. About 27.6% of the total population still lacked access to health related facilities.  Nearly one-third of the population did not have access to better standards of living.

The indicators on school attendance and child mortality were also improved but these were still not very impressive. 27% of the population lacked access to nutrition, which was 32.4% five years ago. The child mortality rate went down from 8.7% to 5.9%.

However, 7.1% of the population did not have access to electricity as compared to 6.3% five years ago.