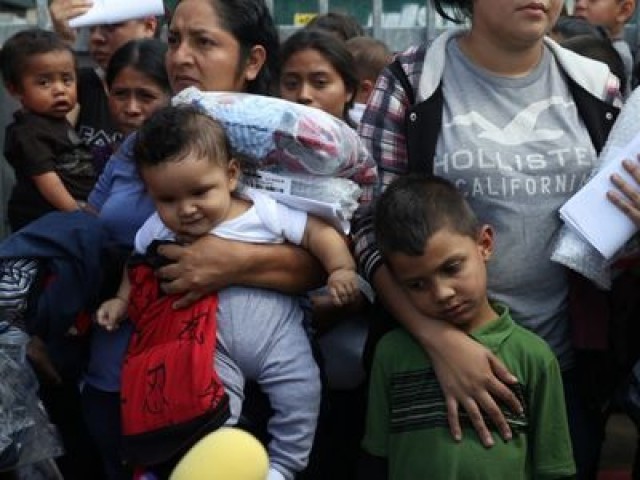 LOS ANGELES                  : Two US Marines have been arrested for smuggling undocumented Mexican migrants into the United States (US) in exchange for money, according to a court document.

Byron Darnell Law II and David Javier Salazar-Quintero were arrested on July 3 along the Mexican border in Jacumba, California, the document said.

They were charged with having transported three undocumented migrants about six miles (10 kilometers) over the border.

The three Mexican nationals seated in the back of the Marines’ vehicle were prepared to pay $8,000 “to be smuggled into the United States,” although it is unclear to whom they would have paid the money.

The two Marines, who were stationed at Camp Pendleton near San Diego, have been accused of ‘knowingly’ transporting the migrants into the US “for the purpose of… private financial gain,” according to the court document.

During their hearings, both men accused each other of responsibility in the matter: Law said that Salazar received directions to the pickup location via cell phone, while Salazar said that Law originally got him involved with smuggling. Salazar also said he had made four other smuggling trips to Jacumba.

Law and Salazar were formally charged on Monday, according to The Washington Post. The office of the attorney general did not respond to AFP’s request for comment.

This is not the first case of US military members helping migrants enter the US. There were similar instances in 2014, 2017 and last year.

The US Border Patrol apprehended nearly 700,000 people illegally crossing into the United States from October to June, 140 per cent higher than during the same period a year earlier.