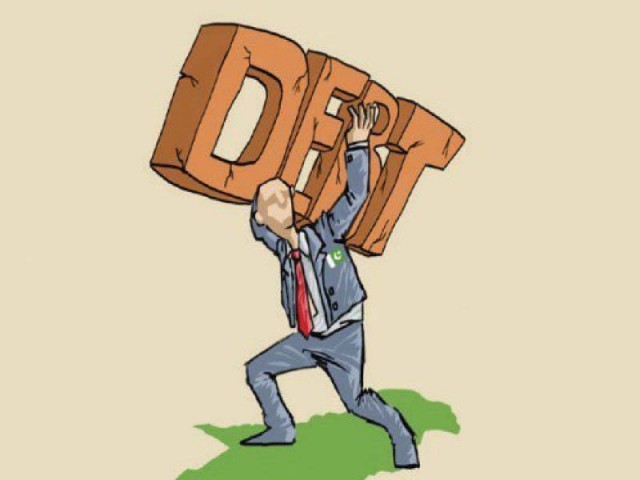 ISLAMABAD: The International Monetary Fund (IMF) has said that Pakistan’s external debt will peak to $130 billion within four years – a net addition of $34.6 billion or 36.3% under the government of Prime Minister Imran Khan.

As against $95.4-billion external debt at the end of the Pakistan Muslim League-Nawaz (PML-N) term, the IMF has projected that the external debt may hit $130 billion by the end of fiscal year 2022-23, showed a staff-level report that the global lender released on Monday.

There will be a minimum net addition of $34.6 billion to the external debt despite repayment of $48 billion in five years during the tenure of the Pakistan Tehreek-e-Insaf (PTI) government. This means that the PTI government will borrow a whopping $83 billion in five years to service the old debt, finance the current account deficit and build foreign exchange reserves.

PM Imran has severely criticised a mushroom growth in the public debt during PML-N and Pakistan Peoples Party (PPP) tenures and set up a commission to investigate these borrowings. However, he is reluctant to bring his own government under the scope of the commission.

The IMF report showed that Pakistan would pay back $37.4 billion during the IMF’s 39-month programme period (July 2019 to September 2022). The PTI government has already returned $9.5 billion worth of external debt in the last fiscal year 2018-19, said Federal Minister for Revenue Hammad Azhar last week.

These debt projections are on the assumption that Pakistan will fully implement structural reforms under the IMF programme. The global lender said in case the country remained unable to fully implement these reforms, the external debt as a percentage of gross domestic product (GDP) could hit 60% — double the ratio left behind by the PML-N government.

In that fiscal year, Pakistan will also return $13.5 billion of public external debt. This will increase the annual external borrowings to $20 billion.

The IMF stated that under its 39-month programme, “external debt is projected to steadily decline after peaking in fiscal year 2020-21, returning to a more sustainable path”.

The moderation in external debt was mainly driven by a narrower current account deficit, non-debt creating capital inflows and a recovery in economic growth, it added.

For fiscal year 2021-22, the IMF has projected the external debt at $124.6 billion, which will be equal to 42.2% of GDP and 325% of exports. The external public debt repayment in this year has been estimated at $7.6 billion, which brings the borrowing requirement down to $13.2 billion.

It seems that the IMF has assumed that Pakistan would shift its short-term borrowings to long-term debt instruments by 2021-22.

“The projected external debt path is subject to heightened risks,” warned the lender. “The external debt-to-GDP ratio would be adversely affected by shocks. While sensitive mostly to current account and exchange rate shocks, the external debt ratio would reach around 60% under a real depreciation shock scenario,” it added.