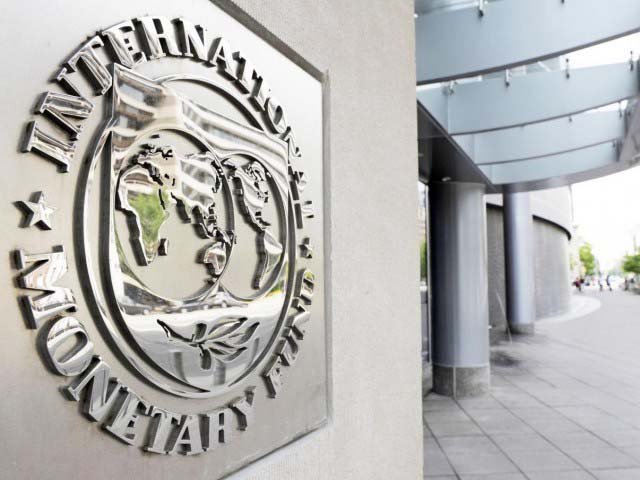 ISLAMABAD: The International Monetary Fund (IMF) has assessed Pakistan’s gross financing requirement at $25.5 billion in this fiscal year on the back of mounting debt repayment whereas the Asian Development Bank (ADB) has indicated that it will provide $10 billion over a period of five years.

Against the need for $25.5 billion in fiscal year 2019-20, the IMF has estimated total inflows at nearly $30 billion, according to a staff-level report the global lender released on Monday. Additional borrowing of over $4 billion would be used to build the foreign currency reserves, showed the report.

The release of the IMF report coincided with the ADB’s announcement of $10 billion in indicative financing from 2020 to 2024. The Manila-based lender will give $2 billion per annum, which was 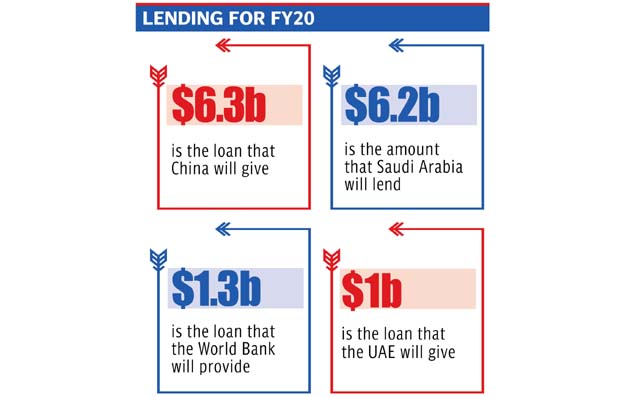 Pakistan has long been relying on external loans for financing the current account deficit and repaying the maturing debt as it has failed to enhance exports and attract other non-debt creating inflows.

The IMF noted in its report that the first year of the 39-month loan programme is “fully financed with the expected support from multilateral development banks and bilateral creditors”. In this fiscal year, China will give $6.3 billion in loan, Saudi Arabia $6.2 billion, the UAE $1 billion, World Bank $1.3 billion, ADB $1.6 billion and Islamic Development Bank $1.1 billion, according to the IMF.

To support long-term debt sustainability, Pakistan has also received firm commitments from China, Saudi Arabia and the UAE to maintain their exposure throughout the programme period and to adjust financing modalities to ensure that the new financing would be consistent with the programme debt sustainability objectives, said the IMF. These countries had given short-term loans that the IMF asked Pakistan to get them rolled over.

The $25.5 billion estimate is similar to the level reached in the last fiscal year. Public external debt of $14.4 billion will mature this year while private sector debt maturity has been estimated at $3.7 billion. Pakistan will pay back $2.1 billion in short-term and $11.4 billion in long-term loans in this fiscal year.

However, the external inflows have been estimated at $29.9 billion including $2.3 billion of IMF lending. These inflows include $2 billion in foreign direct investment. Official disbursements have been projected at $19.9 billion.

The additional external inflows will be used to build foreign currency reserves, which have plunged below $6.8 billion. The IMF projected that the SBP’s gross reserves would jump to $11.1 billion by the end of current fiscal year.

Meanwhile, the ADB on Monday began consultations to formulate a new Country Partnership Strategy (CPS), which would guide the bank’s engagement in the country from 2020 to 2024, according to a statement issued by the ADB. The ADB has planned to support Pakistan with indicative lending of up to $10 billion for various development projects and programmes during the next five years, according to the statement.

The purpose of the ADB’s five-year CPS is to define priorities and to support Pakistan’s development goals. The new strategy will also complement efforts by other development partners. The ADB’s partnership strategy will be aligned with the government’s development vision and policies and is expected to introduce new approaches to development financing in urban services, energy security, transport, agriculture and water resources, education, trade and tourism, said ADB Country Director Xiaohong Yang.

She said the strategy would prioritise innovation, analytical support, public-private partnership and application of new technologies. The ADB plans to provide about $2.1 billion out of $3.4 billion funds to support Pakistan’s reform and development programmes during fiscal year 2019-20, she added.

The indicative $2.1 billion is $500 million higher than the IMF’s estimate. In addition to public sector investments, the ADB would continue to increase its private sector operations in Pakistan to stimulate growth and revitalise exports, said the regional lender.