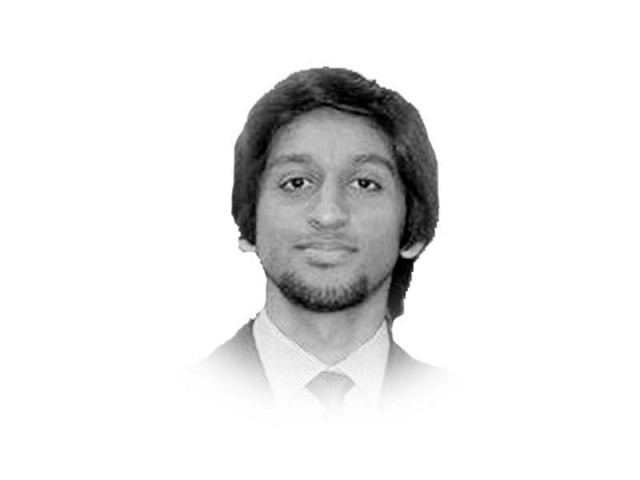 The writer is a doctor based in Islamabad. He tweets @drkhalidshab and can be reached at khalid.raja@live.com

Typhoid fever is caused by the Salmonella bacteria which has been a human pathogen for thousands of years. Typhoid fever in its early stages is amenable to medical treatment but when left untreated the typhoid bug attacks the intestine causing it to tear, making it a surgical emergency. Every day, patients with typhoid-induced intestinal perforations are treated in operation theatres across Pakistan.

Why do we have such a towering typhoid patient population? The bug responsible for typhoid fever thrives in conditions like improper sanitation, unclean drinking water, poor hygiene, overcrowding and social chaos — all of which are widespread in our developing society.

For the uninitiated, typhoid patients continuously shed typhoid bacteria in their feces. In Third World countries like Pakistan — where a proper sanitation system is lacking — feces are in open contact with the surroundings. According to Unicef, more than 20 million Pakistanis practise open defecation. This is where the typhoid bug takes its deadly leap and transmits from infected feces to healthy individuals.

Thirdly, typhoid fever spreads through the fecal-oral route which entails that any person who has poor hand and body hygiene poses a threat to the society. Fourthly, on an average a small Pakistani household has 6.5 members. Overcrowding aids in the spread of typhoid, a contagious disease, and has a ripple effect whereby the disease is transmitted from one person to the next and so on.

Unfortunately, some typhoid patients even after treatment fail to rid themselves of the bacteria, which start living inside their bodies without causing any signs and symptoms. Such individuals are known as typhoid carriers and continue to release the bacteria undetected in their feces.

Making a diagnosis of typhoid fever is not easy as the symptoms are shared by many other infectious illnesses such as malaria and dengue. The two types of diagnostic tests available are blood and bone marrow cultures, both of which have their fair share of limitations. Blood cultures give correct results in only 40-60 per cent of the cases and bone marrow culture, being an invasive procedure, is not used in clinical settings.

Because of diagnostic difficulties, many misdiagnosed patients do not receive the right antibiotic against the typhoid bug. This has led to the creation of extensively drug-resistant strains of Salmonella (bacteria responsible for typhoid), which made their first appearance in Sindh province of Pakistan in November 2016. The government had initiated a public health response in January 2017 which failed to contain the typhoid bug and we continue to see typhoid patients storming emergency departments in critical condition.

In 2018, WHO formally recommended the use of typhoid conjugate vaccines (TCVs) in the national immunisation programmes of typhoid-endemic countries. India’s Bharat Biotech International Limited is the only manufacturer of TCV. Pakistan will receive the first of its TCVs from India in October 2019.

On the national level, community leaders and health officials should implement WASH (water, sanitation and hygiene) intervention and make TCV vaccines readily available in Pakistan. This will not only free us from the typhoid curse but will also act as a final blow to many other infectious diseases.