Rescue operat­ion in the flood-hit villag­es of Golen Gol contin­ues with the help of army and distri­ct admini­strati­on
By News Desk
Published: July 9, 2019
Tweet Email 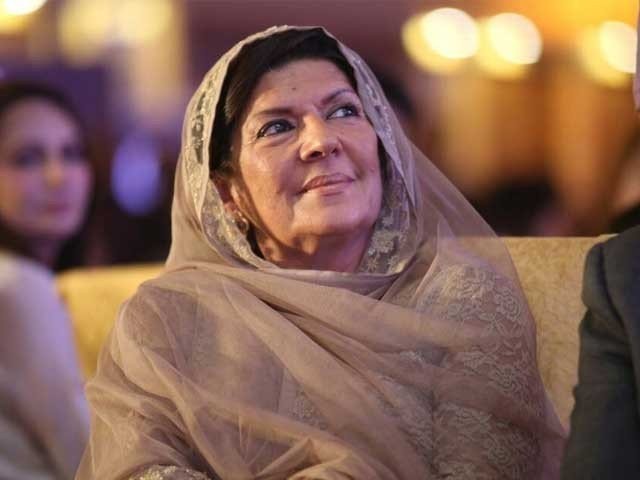 Prime Minister Imran Khan’s sister, Aleema Khan, was one of the stranded tourists rescued with the help of the Pakistan Army after flooding in the Golen Gol area of Chitral, reported Express News.

A rescue operation in the flood-hit villages of the region continued on Tuesday after a glacial lake burst its banks earlier, toppling electricity poles and inundating roads and farmlands.

Several locals and tourists are reportedly still waiting for help the area. Access to the area was disrupted after floodwaters washed away bridges and roads connecting the area to the rest of the country.

Sources said the provincial government and the National Disaster Management Authority (NDMA) were not taking any part in the relief works, leaving the locals and rescue 1122 teams on their own.

However, the NDMA said it had sent medicines, non-food items and doctors for the rehabilitation of the affected population.

Officials from the Provincial Disaster Management Authority (PDMA) said, “Two helicopters assisted in the relief work and shifted 22 patients including the deputy commissioner to a safe places.”

“Footpaths are in working condition now while we are now busy clearing the roads,” claimed PDMA.

The glacial lake outburst flood (GLOF) occurred after the Jam Ashpar glacier’s banks – a favourite destination of the tourists to Chitral – gave way.

The PDMA, as well as the district administration, confirmed on July 8 that there was no loss of life in the flooding.

The incident occurred as tourists flocked the scenic district in the Hindukush mountain range for the famous Shandur Polo Festival.

This was the first GLOF since 2015 when a similar incident killed at least three people and caused extensive damage to property and infrastructure and affected more than a quarter of a million in Chitral.