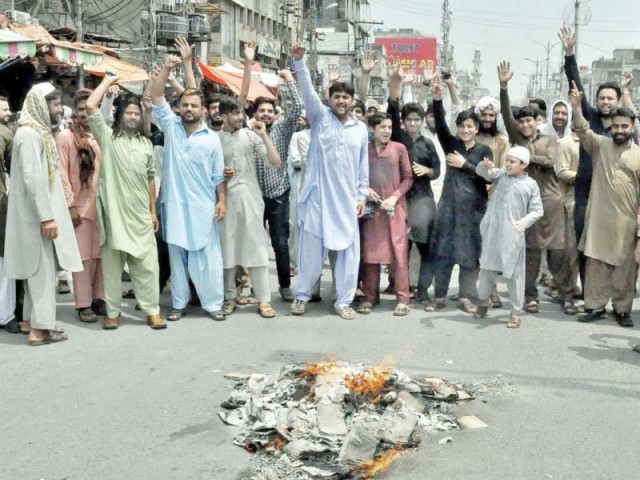 ISLAMABAD: The Markazi Tanzeem Tajiran Pakistan (MTTP), a representative body of traders, rejecting Budget 2019-20 has announced a country-wide shutter down strike on July 13.

Kashif said all organisations of traders across the country would shut-down markets on the announced date. Further, Kashif said that the transporters would observe a wheel-jam strike on July 14 against heavy taxes in budget. He added the traders would go on an indefinite strike if the government still paid no heed to their demands after the strike.

He rejected the loan from International Monetary Fund (IMF) and expressed that all small traders were willing to pay taxes however the government’s policies were absurd.

Kashif said that that the incumbent government should fear that the traders did not fear to confront the dictators. He added that such cruel budget would not be accepted at any cost and expressed that ball was now lying in the government’s court.

Two groups of traders groups came out against each other on road after the municipal bodies conducted operation against encroachment. One group claimed that encroachment was set up with the backing of an MNA.

During the meeting, a traders group, exasperated by the encroachments, two traders groups had faced off when one of them accused that stalls and carts in different markets were established at behest of MNA while the other one opposed it however the police intervened and settled both parties.

On Monday, the Rawalpindi Municipal Corporation (RMC) conducted an operation against encroachment in surroundings of Bara Market and Fawara Chowk after which the encroachment-opposing group chanted slogans against the other group. The situation intensified when both groups confronted and later started chanting slogans against each other.

Owing to this disturbance, the traffic remained suspended for four hours and motorists faced extreme difficulties.

As the word spread, the Assistant Commissioner (AC) City Nadeem Afzal, reached the site to mediate between the groups after which the crowd dispersed.