Forensic audit of clip to put controversy to rest

Forensic audit of clip to put controversy to rest

Firdou­s says all those respon­sible will be taken to task
By   Rameez Khan
Published: July 8, 2019
Tweet Email 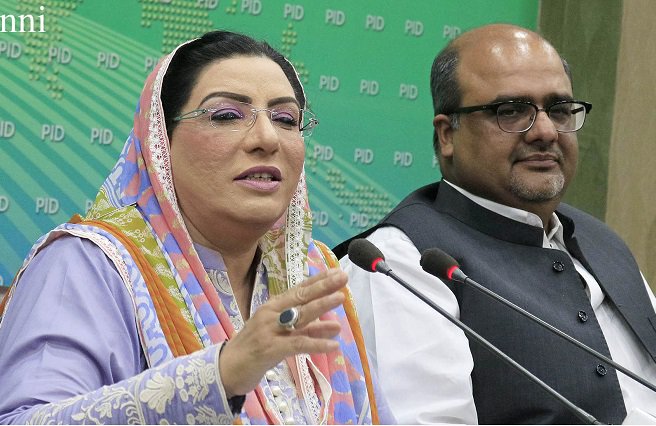 LAHORE: In view of the controversial claims by Pakistan Muslim League-Nawaz (PML-N) Vice President Maryam Nawaz regarding the conviction of former premier Nawaz Sharif in the Al-Azizia reference, it is learnt that forensic audit of audios and videos is possible in Pakistan.

A former inspector general of police, speaking on condition of anonymity with The Express Tribune, said that forensic audit of both audio and video recordings was doable at the Punjab Forensic Science Agency (PFSA) and the results would be produced within one week if the matter was carried out on urgent basis.

The source said that the primary thing would be to check if the video had not been edited, the lips matched the words and the flow of the conversation did not break. Later on, it would be assessed if it was a complete stretch of video or no patchwork had been done on it.

“If the video is proven genuine, the next step will be to get the voice of the people in video … in this case, mainly of the honourable judge.”

The recorded voice will be cross-matched with the voice in the video. The pitch of the voice, pronunciation of words, style of conversation and every element will be checked for compatibility. The source said modern software available with PFSA can check the authenticity of the video.

Meanwhile, Special Assistant to Prime Minister (SAPM) on Information and Broadcasting Firdous Ashiq Awan on Sunday said that the purported video of Accountability Judge Arshad Malik brought forward by the Pakistan Muslim League-Nawaz (PML-N) was recorded in a media house.

Addressing a press conference in Sialkot, she said the Pakistan Tehreek-e-Insaf (PTI) government would spare no effort to “expose those who prepared the audio and video”.

Firdous also reiterated the government’s intent to conduct a forensic audit of the video and audio.

“Recording such a video is a violation of the Pakistan Electronic Media Regulatory Authority (Pemra’s) code of conduct. All those responsible will be taken to task,” she said.

She said judge Arshad Malik’s statement issued on Sunday had established beyond doubt that the PML-N’s accusations were a “pack of lies”.

“PML-N has a history of targeting and maligning the judiciary. This video is also a part of their conspiracy to misguide the masses and instigate them against the judiciary.”

“This time, though, they cannot use such cheap tactics to avoid accountability. This is ‘Naya Pakistan’ where the law is independent and applicable to everyone,” said the premier’s special assistant.

On Saturday, Firdous had called into question the credibility of the video clip presented by the PML-N. She said it was necessary that the one who levels an allegation must be honest and credible.

“The tape has been provided to the PML-N by Nasir Butt, who is an infamous murderer and gang leader who fled to the UK after killing five people and remained an absconder for 20 years. Butt worked as a security guard for Nawaz Sharif in the UK and his cases were closed when the PML-N came into power.”

Following Saturday’s press conference by Maryam Nawaz and other senior PML-N leaders, Pemra issued notices to 21 television channels for airing the “unedited live telecast against state institutions and the judiciary”.

The regulatory body objected that Maryam’s presser had violated the Pemra code of conduct.

Punjab Information Minister Samsam Bukhari said that since broadcasting was a federal subject, so, federal government would probably be taking action on the matter.

Video presented by PML-N was recorded in a media house: Firdous

He said that since the honorable judge himself was contesting the authenticity of video, so, he too can initiate a complaint into the matter or the court can itself take notice of the matter.

Former Additional Inspector General Punjab Sarmad Saeed Khan said that if the federal government intends to take action on the matter then as per procedure, interior minister can forward a summary to Federal Investigation Agency (FIA). He said that FIA then can forward the video to Punjab Forensic Science Agency for a forensic audit of the video.

Khan observed that FIA has its own lab in Islamabad too, but it is not as well-equipped as PFSA. The video can be sent aboard as well for a forensic audit and further authenticity and it will confirm if the video is edited or dubbed.

He said that this video, however, does not hold any primary evidential value, so, in the court of law it cannot be the sole determining factor for the case.

Former AIGP maintained that the video can at best be used as corroborative evidence against the trial court’s judgment. He noted it seemed that the footage was only being used to take political mileage otherwise PML-N would have taken it to the court instead of media.

Advocate High Court Mubashir Rehman said that other than the government, accused judge can file a private complaint to initiate a forensic audit of the footage. He said that the court can also take notice of the matter and order a forensic audit.

The advocate said that the aggrieved party can also put the video before the high court as evidence against the trial court judgment. He said that it would have rather better if the government had stayed out of this matter.

Rehman declared that as far as the authenticity of the video was concerned, half of it had been proven correct by the honorable judge himself. The lawyer said that the judge had admitted meeting those people and having conversation with them, which he claimed, was presented in a wrong manner.