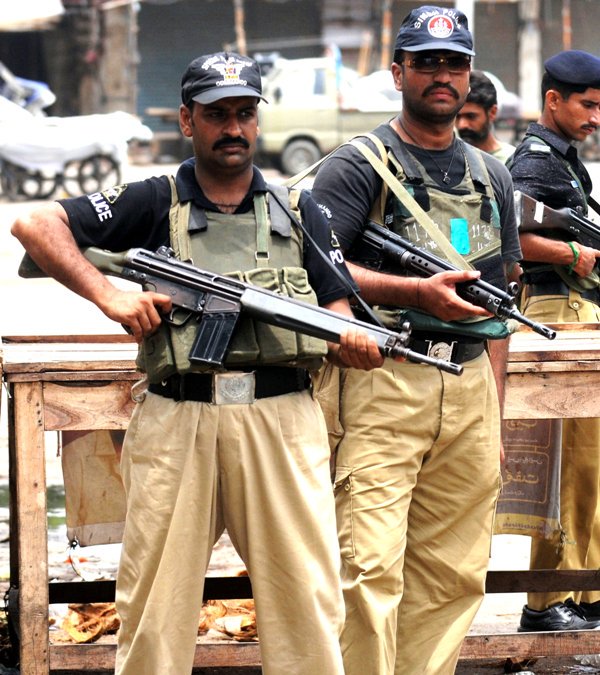 KARACHI: Police claimed to have arrested 21 suspects in separate operations in the city and seized weapons, stolen motorcycles, rickshaws among other things from their possession. The suspects were allegedly involved in street crimes, motorcycle lifting and other crimes.

Korangi Industrial Area Police arrested five suspects identified as Liaquat, Farhan, Adnan, Salim and Jamal, who belong to a motorcycle lifting group, during an operation. The police seized weapons and five motorcycles from their possession and registered a case against them.

According to Korangi Industrial Area Police, the suspects have confessed to stealing twenty motorcycles from different areas of the city during interrogation. They used to sell parts of the stolen motorcycles to scrap dealers.

Separately, Zaman Town Police carried out operations in different areas and arrested three suspects, identified as Muhammad Arif Qureshi, Shahrukh Khan, and Rizwan. The suspects are involved in motorcycle lifting and other street crimes. Weapons and a stolen motorcycle were seized from the suspects.

Saudabad Police arrested three suspects during separate operations. They include Muhammad Tauqeer, Ashraf and an agent of the beggar mafia, Abdul Haq.

Khwaja Ajmer Nagri Police arrested two motorcycle lifters, identified as Zeeshan and Waqas, and seized a motorcycle which was stolen from Surjani Town.