The confli­ct has trigge­red what the UN descri­bes as the world's worst humani­tarian crisis­
By AFP
Published: July 6, 2019
Tweet Email 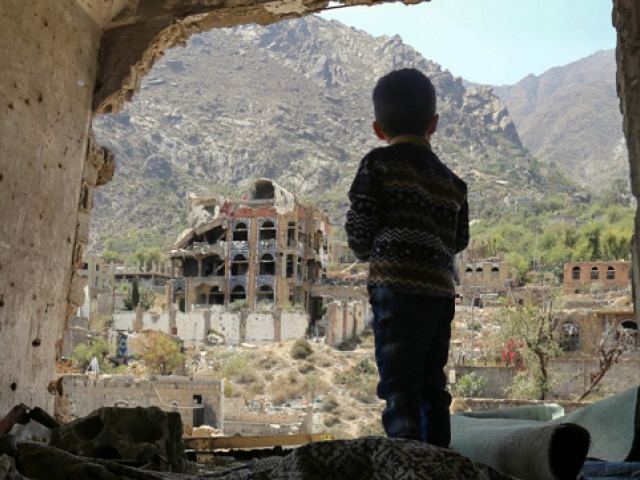 A photo taken on March 18, 2018, shows a Yemeni child looking out at buildings that were damaged in an air strike in the southern Yemeni city of Taez. (PHOTO: AFP)

SANAA: Impoverished Yemen has been mired in a devastating conflict since Iran-backed rebels seized the capital Sanaa five years ago.

The war escalated in 2015 when a Saudi-led military coalition intervened in support of the embattled government, although Sanaa remains in rebel control.

As the conflict heads into a sixth year, here is a broad overview.

On July 8, 2014, Huthi fighters from the country’s rebel Zaidi minority launch an offensive from their northern stronghold of Saada.

The rebels ally themselves with military units loyal to ex-president Ali Abdullah Saleh, who was forced to quit after a 2011 uprising.

In October, they capture the Red Sea port of Hodeida, a crucial entry point for imports and humanitarian aid.

In January 2015, they seize the presidential palace in Sanaa, after heavy fighting, and surround the residence of President Abedrabbo Mansour Hadi.

He flees south to the port city of Aden.

A coalition led by regional power Saudi Arabia, a bitter rival of Iran, enters the conflict in March 2015 with air strikes on rebels. 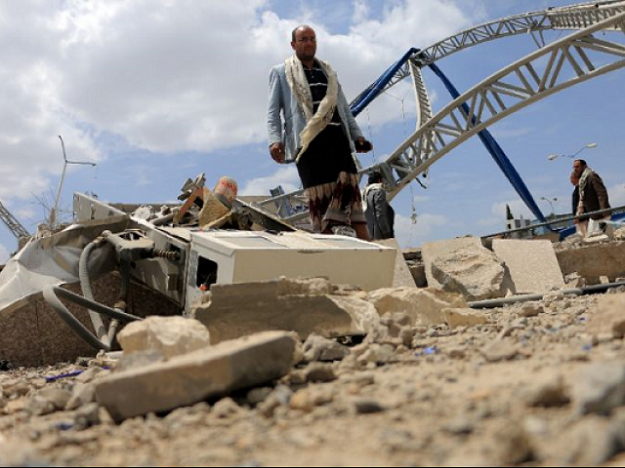 Men inspect a damaged petrol station after it was hit by a previous alleged Saudi-led coalition airstrike on the outskirts the Yemeni capital Sanaa on May 21, 2018. PHOTO: AFP

Around a dozen countries form part of the coalition, including five from the Gulf but not Oman. Washington says it contributes logistics and intelligence.

As the rebels advance southwards on Aden, Hadi quits the city and takes refuge in Riyadh.

In July, his embattled administration announces its forces have retaken the entire province of Aden, their first success since the military coalition intervened.

The city of Aden becomes the country’s de facto capital.

Splits emerge in the rebel camp in 2017 and Saleh is assassinated in December by his former Huthi allies.

In June 2018, government fighters, backed by Saudi and Emirati land forces, launch an offensive to retake the crucial port city of Hodeida. 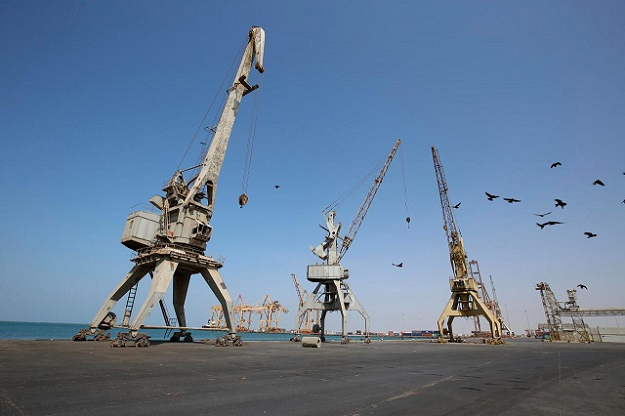 A view of cranes, damaged by air strikes, at the container terminal of the Red Sea port of Hodeidah, Yemen. PHOTO: REUTERS

UN-brokered peace talks between the warring parties open in Sweden in December.

After around a week, UN chief Antonio Guterres announces a series of breakthroughs, including a ceasefire in Hodeida where combat largely ceases.

In May 2019, the UN announces the rebels have withdrawn from Hodeida and two other nearby ports, the first practical step on the ground since the ceasefire deal.

But the government accuses the militia of faking the pullout, saying it had merely handed control to its allies.

The Huthi militia intensifies in 2019 its drone and missile attacks on Saudi interests, including airports, desalination plants and pipelines.

The coalition in turn steps up raids on Huthi positions, including with strikes on Sanaa. 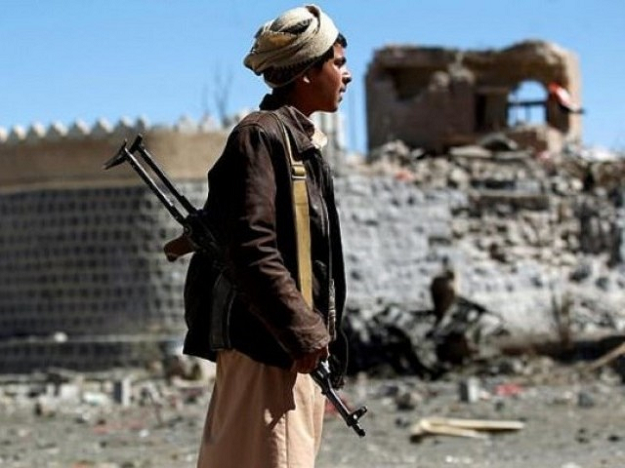 The Yemen conflict has killed tens of thousands of people, the vast majority of them civilians, relief agencies say. 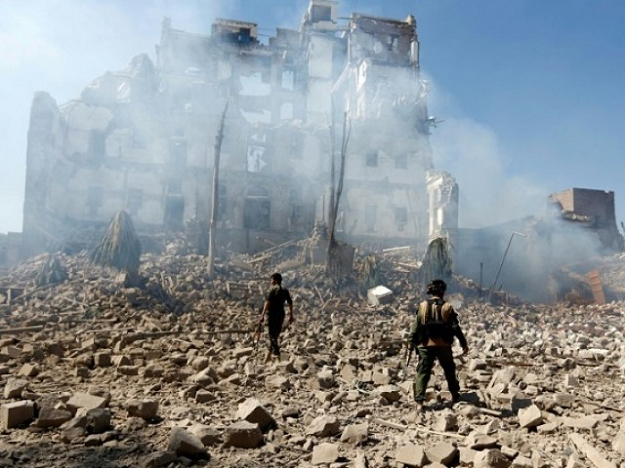 It has triggered what the UN describes as the world’s worst humanitarian crisis.

“An estimated 80 percent of the population – 24 million – require some form of humanitarian or protection assistance, including 14.3 million who are in acute need,” says the UN Office for the Coordination of Humanitarian Affairs said.

Several hospitals have been damaged or destroyed.

In November 2018, the UN children’s agency UNICEF described the conflict as “a living hell” for children, with 1.8 million under-fives suffering severe malnutrition.