Attack brings to 27 number of childr­en killed, injure­d in recent escala­tion of violen­ce over past 10 days
By AFP
Published: May 27, 2019
Tweet Email 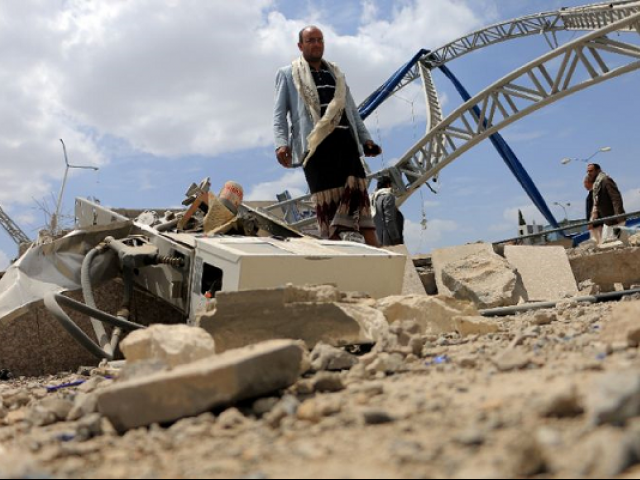 Men inspect a damaged petrol station after it was hit by a previous alleged Saudi-led coalition airstrike on the outskirts the Yemeni capital Sanaa on May 21, 2018. (PHOTO: AFP)

SANAA: Seven children were killed in an attack on the city of Taez last week, the United Nations’ agency for children said in a statement on Sunday.

The victims — aged between 4 and 14 — “were killed on Friday in an attack on the Mawiyah district”, UNICEF added.

Taez, in southern Yemen, is under siege by the Iran-aligned Houthi rebels but controlled by pro-government forces, who are supported by the military coalition led by Saudi Arabia and the United Arab Emirates.

UN pushes for truce and aid at Yemen talks

“This attack brings to 27 the number of children killed and injured in a recent escalation of violence near Sanaa and in Taez over the past 10 days,” UNICEF said, warning the toll could be higher.

Yemen’s four-year conflict has triggered what the UN says is the world’s worst humanitarian crisis, with over 24 million people, more than two-thirds of the population, in need of aid.

Tens of thousands of people, mostly civilians, have been killed.