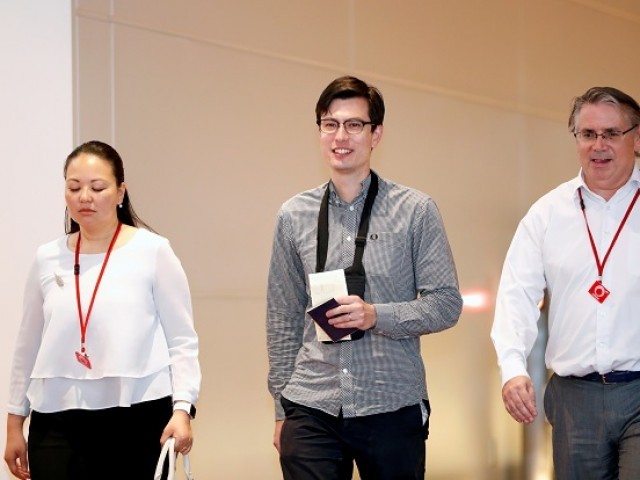 SYDNEY: Australia’s government warned a student on Friday not to return to North Korea a day after he was released from detention by Pyongyang under mysterious circumstances, reported Reuters.

Alek Sigley, who flew to Tokyo on Thursday to join his Japanese wife, had been studying in the North Korean capital and had been missing since June 25.

“My advice would be pretty clear, I would stay in Japan. I would go back to South Korea, I would come back to Australia,” Home Affairs Minister Peter Dutton told the Nine network.

“All of those would have to be better options before he returns to North Korea,” Dutton said. “I don’t think he will put himself back in that situation, it could have ended up very differently.”

Sigley left North Korea on Thursday and flew to Beijing where he was met by Australian officials for the flight to Tokyo. He declined to comment to a throng of reporters at Haneda Airport, only making a peace sign before being taken away.

It is still not clear why he was detained by the secretive North. The details of his release were also not known.

Swedish authorities helped secure Sigley’s release because Australia has no diplomatic presence in North Korea and relies on other countries to act on its behalf.