"My mother was a role model to many, withou­t realiz­ing the impact she would have on so many lives," the royal said
By Entertainment Desk
Published: July 3, 2019
Tweet Email 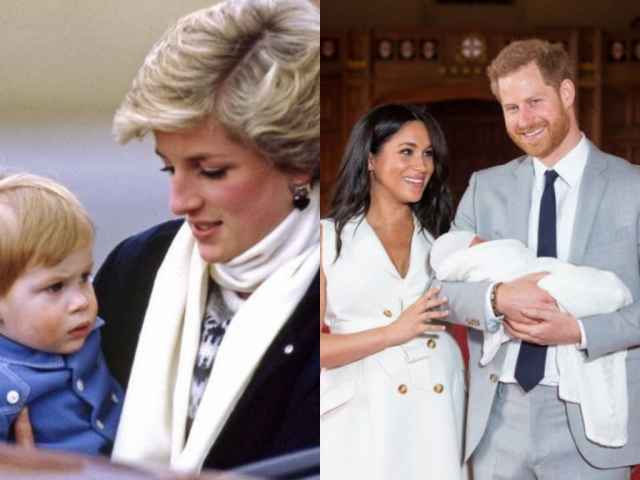 Prince Harry is not shy about opening up about his feelings towards his late mother Diana Princess. The Duke of Sussex — who welcomed his first child, son Archie Harrison, with wife Meghan Markle about two months ago — recently spoke about the impact his mom had on the world, reported E News.

While attending The Diana Award National Youth Mentoring Summit two days ago, the Royal delivered a heartfelt speech about Diana and the role model he wants to be for his baby boy.

We are delighted to be joined HRH The Duke of Sussex at #NYMS19! pic.twitter.com/zBwUQ4fMGN

“My mother, Princess Diana, was a role model to so many, without realising the impact she would have on so many lives,” Prince Harry said. “You don’t have to be a princess or a public figure to be a role model. In fact, it’s equally valuable if you’re not because it’s more relatable. Being a role model and mentor can help heal the wounds of your own past and create a better future for someone else.”

He continued, “The person who may be sitting here today that doesn’t realise that someone looks up to them, that – for that person – you inspire them to be kinder, better, greater, more successful, more impactful.”

Harry then shifted is speech to his role as a father to baby Archie and the people he sees everyday that inspire those watching without even realising.

Today, The Duke of Sussex attended UK’s first National Youth Mentoring Summit, hosted by @DianaAward. The Diana Award, created in 1999, is a continuation of Princess Diana’s legacy and her belief that young people have the power to change the world for the better. Young people shared their experiences of being mentees and explained why it is so important to them to have businesses, organisations and leaders support mentoring. Two of these were influential young leaders Deborah and Dorcas Kabongo, who won the Diana Award in 2015 for their work on tackling key issues at the root of gang culture, focusing on the role of women and girls in gang-related violence and crime. They are having a real impact on their local community, showing those who may feel that joining a gang is their only option that there are alternatives in life. Since the creation of the Diana Award almost 20 years ago, the charity has recognised 48,000 selfless young people from across the world for their social action and humanitarian work. It has trained over 28,000 young people to stand up to bullying in their schools and communities through Anti-Bullying Ambassador training and supported over 1,000 vulnerable young people across the United Kingdom by introducing a positive role model into their lives through their Mentoring Programme. “I’m struck by a few things today, most of which is the power of the invisible role model. The person who may be sitting here today that doesn’t realise that someone looks up to them, that for that person, you inspire them to be kinder, better, greater, more successful, more impactful.” – The Duke of Sussex Thanks to organisations like The Diana Award the impact that young people can have is heard and acknowledged. For those who wish to become part of the programme and make a difference, please discover our link in bio for more information. Photo credit: Carmel King/The Diana Award

APS survivor Ahmed Nawaz received the Diana Award for his anti-radicalisation work, becoming the first Pakistani to receive the honour.

The Diana Award is the only charity set up in memory of the late Diana, which is founded as a legacy to the ‘Queen of Hearts’ and her belief that young people have the power to change the world.

How has Princess Diana inspired you? #DianasLegacy

At the end of his speech, Harry shared a special message. “To the mentees here today, I am incredibly proud of what you’ve achieved, and I can safely say that my mother, who would have turned 58 yesterday, would feel the same.”