The youngs­ter was only 14 when his school got attack­ed
By Newsdesk
Published: July 2, 2019
Tweet Email 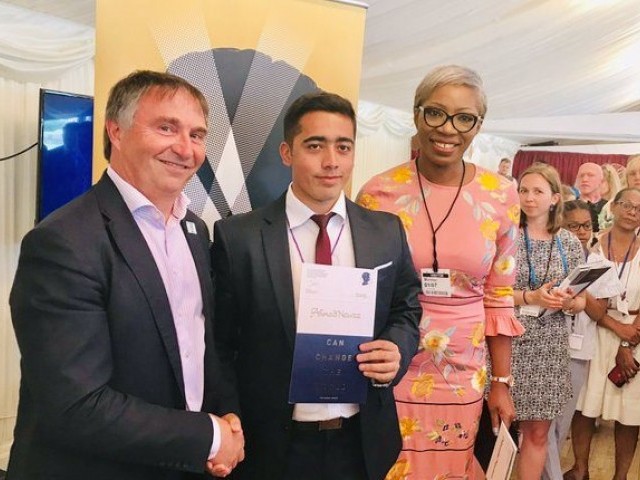 KARACHI: APS survivor Ahmed Nawaz has earned respect from the world over for his chivalry and anti-radicalisation youth campaign. Now the teenager, who survived the 2014 terror attack on his school in Peshawar, has been given the prestigious Princess Diana Award for his humanitarian efforts and so, has become the first Pakistani to receive the honour.

The Diana Award was founded as a legacy to Diana, Princess of Wales and her belief that young people have the power to change the world. Since 1999, the reputable award has recognised over 45,000 ordinary youngsters who have made an extraordinary differences to their communities. 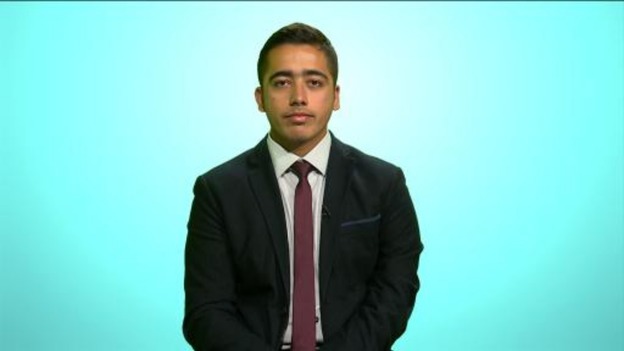 The 18-year-old Ahmad was 14 when his school was attacked by members of the Taliban. He managed to escape with his life by pretending to be dead but witnessed his teacher being set on fire.

Ahmad suffered serious injuries to his arm on the day and was brought to Birmingham’s Queen Elizabeth Hospital for special treatment. He now tours schools around the United Kingdom in a bid to prevent students from being radicalised by sharing his experience.

The Diana Award winner took to Twitter to express his gratitude, writing that it has uplifted his morale and he “will continue to do positive work for the society and young people.”

Honoured to receive the @DianaAward at the Parliament House in London. It has indeed uplifted my morale.
I will continue to do the positive work for the society and young people. Thanks to everyone for your love and support. ❤️ pic.twitter.com/wYZGvPc25j

Ahmad also shared a heartfelt video message on social media through British news network ITV news.  “That was the most horrible day of my life and I don’t think I’ll ever be able to forget that,” he said, referring to the APS tragedy.

.@Ahmadnawazaps has been honoured with the @DianaAward for his work to stop young people becoming radicalised.
He survived a Taliban attack in Pakistan in 2014, which saw his brother and friends killed. He tells his story to educate young people & inspire them. pic.twitter.com/aW5zAMBnTd

He continued, “I realised there was a problem with radicalisation in the UK. Children were going towards terrorist groups in Syria and Iraq. I thought if I could help stop these children that would be the best revenge, taking the revenge from the terrorists.”

Ahmad lost his brother Harris in the massacre too. But he has emerged as a strong voice against extremism and terrorism and also been bestowed by international non-profit organisation Points of Light for his work as an anti-radicalisation youth activist.

Dubai ruler’s wife flees to Europe, he writes her a furious poem in return