3 reasons Pakistan might not make it to World Cup final

3 reasons Pakistan might not make it to World Cup final 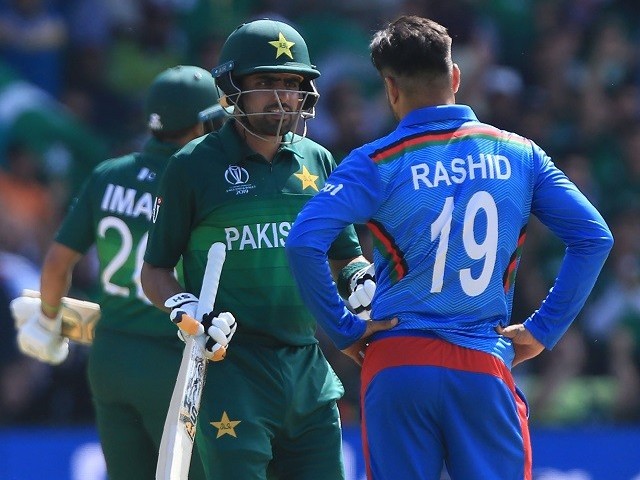 It seemed like an outrageous fantasy, after Pakistan’s three defeats in five matches, that the green shirts would have any chance at World Cup glory. However in predictable fashion, something within the team clicked and out came a different team against South Africa.

Pakistan’s performance against the Proteas reaffirmed fans’ belief in the team; perhaps they had found the winning formula. Yet one of the following two games disproved that assumption.

Perhaps motivated by their win, or their newfound mojo, the Men in Green went on to defeat New Zealand, becoming the first to derail the Black Caps in the tournament.

Following that win however — once again in predictable fashion — Pakistan came very close to defeat by newbies Afghanistan, a team that has won nothing in the competition.

Perhaps there is no winning formula, perhaps our campaign is as hit-and-miss as always and perhaps Misbahul Haq was on to something when he insinuated pre-tournament that the teams most likely to make the final (on paper) are India and England.

India and Australia have already qualified for the semis. Pakistan, New Zealand and England are all battling for the third and fourth spots. There is no way to accurately predict how the Men in Green will fare in their upcoming game but before you get your hopes up here are a few things to consider.

Our luck has run out

Our fielding has been dreadful all tournament. We dropped six catches in the game against South Africa. Despite our batting display, had our bowlers not been up to the task the match could have gone another way. And boy! We were lucky in the match against Afghanistan.

Luck has been on our side; however, that changed with the India defeat. We needed India to win that match to better our chances of qualifying for the semis. But as fate would have it, unbeaten until that game — a team in top form — India lost to England after a bizarre batting display.

Not 1992. There may be some or many eerie resemblances between Pakistan’s 1992 World Cup campaign and our current campaign but the differences remain.

Twenty seven years ago, the captain was Imran Khan — a cricketing legend and an exemplary leader.  The 1992 squad consisted of cricketing giants cherished to date. Besides Imran Khan that team had Javed Miandad, Inzamamul Haq, Ramiz Raja, Moin Khan and Wasim Akram. There is no comparison between the squads.

The semis are a question mark right now

Our qualification for the semi-finals is doubtful. Pakistan need England to lose their match against New Zealand, who seem to be experiencing a dip in form — having lost their last two games.

England, on the other hand, will have gained confidence from their victory over India who without a shadow of doubt are the team to beat in this competition.

If New Zealand lose, Pakistan will need to win their next match against Bangladesh and by a huge margin to overtake New Zealand in points. It’s a tough task.

Messi promises to play on after latest Argentina disappointment