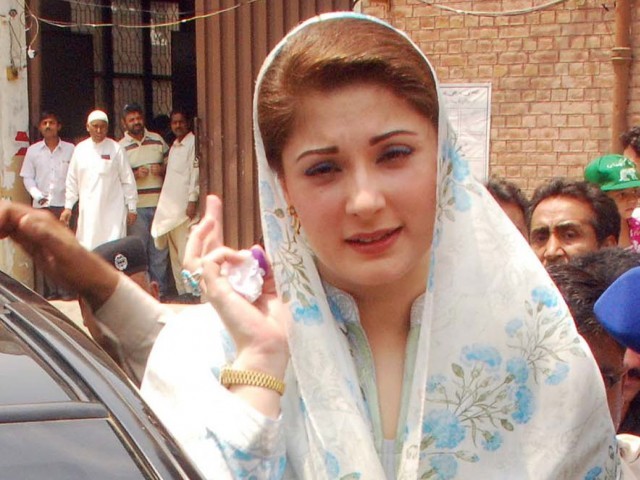 LAHORE: Maryam Nawaz, the newly selected vice president of the Pakistan Muslim League-Nawaz (PML-N), is to start her mass contact drive on July 7 from a rally in Punjab’s Mandi Bahauddin district.

Maryam earlier this month had hinted at launching a mass contact drive to rally support against the Pakistan Tehreek-e-Insaf (PTI) government’s economic policies.

Her mass contact drive was initially expected to start from Sindh from the first week of July and the announcement came contrary to expectations.  Even the PML-N senior leaders had earlier confirmed Maryam’s plan to launch the campaign from Sindh.

However, according to Maryam’s political secretary no plan has been finalised regarding her Sindh visit. He said now Maryam will head to Sindh after completing her Punjab tour.

He said the plan for her visits to other part of Punjab will be finalised in the coming few days.  “Few locations have been identified for post-Mandi Bahadudin rallies but nothing can be confirmed as yet.”

Other sources said the locations under consideration would either be in Southern Punjab or Gujranwala and Sialkot. They revealed that Maryam would start her Sindh visit from Karachi.  The PML-N Punjab leader Azma Bukhari said Maryam was expected to start her visit to Sindh from the last week of July.

Maryam on June 20 while visiting families of Khawaja brothers in Lahore said she was tasked by former prime minister Nawaz Sharif to contact the masses. She said the drive was not launched for the sake of Nawaz Sharif – who is currently in jail – but for the sake of people in misery due to poor governance.

Maryam Nawaz, who had got silent and politically inactive after death of her mother Kulsoom Nawaz even on social media, has become very active in politics lately.

She initially lodged protest on social media against the treatment meted out to the ailing Nawaz Sharif, demanding better health facilities from the government. But in the last few weeks, she has been harshly criticising the government mainly for its economic policies.

She lately criticised her own party for not properly reflecting public sentiment in the National Assembly and offering the government the charter of economy. Despite her unequivocal criticism of the PML-N’s policies and taking a stance different from the PML-N President Shehbaz Sharif, she quickly quelled the impression of a difference and issued a press release stating that she was misquoted.

Mandi Bahaudin rally would be her second rally in June. Earlier on 12 June, she addressed a rally in Zafarwal area in District Narowal. That event too was not without its controversies.

The event despite being held in the home district of party’s General Secretary Ahsan Iqbal was not attended by him or even his team of party MPAs.

Later in the same month, Maryam Nawaz also met the Pakistan Peoples Party (PPP) chief Bilawal Bhutto Zardari at Rawind. Surprisingly that event too was not attended by any senior party leader.

According a senior leader, Maryam Nawaz is being launched as a replacement of Nawaz Sharif and party is putting its full weight behind Maryam, sidelining senior leaders and political veterans.

He said Maryam’s Zafarwal rally, her meeting with Bilawal and her press conference in which she indirectly criticised the PML-N president are all proof of her being the de facto president of the party. “Every political party needs a face and if she can be the new face of the party, so be it,” he said.