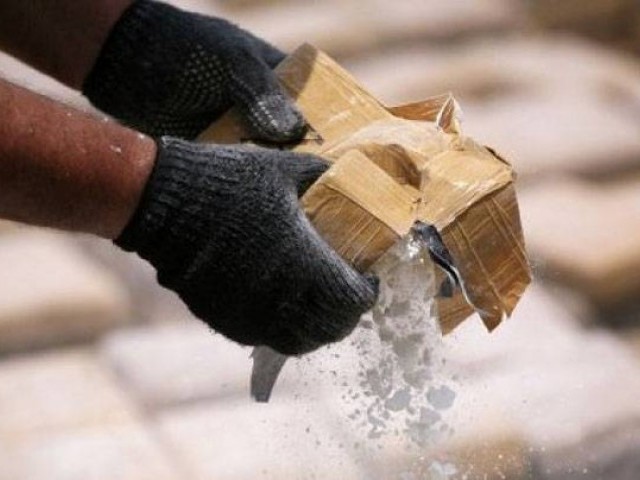 KARACHI: Security officials seized 772 grams of heroin, worth Rs10 million in the international market, from the possession of a Federal Investigation Agency (FIA) official, Zamin Abbas, at Karachi airport’s Jinnah terminal. The substance, contained in three packets, was found hidden under Abbas’ clothes during checking by the security officials.

According to sources at the airport, officials suspected Abbas of carrying drugs when he entered the lounge and detained him thereafter. Reportedly, Abbas confessed during interrogation that he was asked to carry drugs by one of his coworkers.

Meanwhile, Abbas’ alleged accomplices, another FIA official, Hasnain, and a passenger, Kamran, were also arrested later, and were interrogated by the Airport Security Force.

Previously, multiple attempts of smuggling drugs at Karachi airport had been made unsuccessful by security agencies and evidence of the involvement of airport officials in those incidents had also surfaced.

However, this is one of the first few incidents of drugs smuggling, which have occurred after a hiatus, at the Karachi airport, indicating that mafia involved in the smuggling of heroin has become active again.