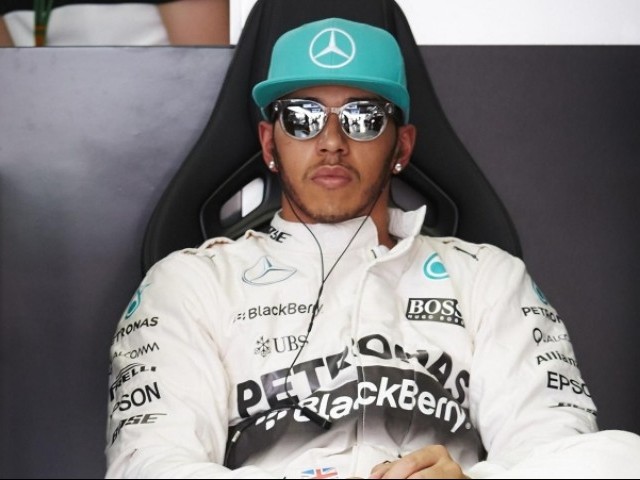 Hamilton, who admits his success feels "unreal", said Sunday he understood if spectators, or the global broadcast audience, lost interest but urged them to blame the sport's rules, not the drivers. PHOTO: AFP

LE CASTELLET: Lewis Hamilton and Mercedes moved within reach of an overhaul of some of Formula One’s most notable records with his flawless unchallenged triumph in Sunday’s French Grand Prix.

But his extraordinary success — his victory was his sixth in eight races this year — prompted a negative reaction in some quarters from critics who find Mercedes’ domination “boring” and the races lacking in suspense and thrills.

Hamilton, who admits his success feels “unreal”, said Sunday he understood if spectators, or the global broadcast audience, lost interest but urged them to blame the sport’s rules, not the drivers.

“We need to see a dramatic overhaul,” he said, adding that the structure of the sport’s management was also in need of change.

He added: “It’s really important that people realise it’s not the drivers fault — this is a constant cycle of F1 for years and years. And before I got to F1. It’s because the way Bernie (Ecclestone) had it set up and the decisions they made then.

“Until that structure changes, it will be the same in my opinion.”

As Hamilton and Mercedes continue their relentless destruction of the records, it is unreasonable to ask his team to slow down, as the president of the sport’s ruling body, the International Motoring Federation (FIA) Jean Todt, once the boss of the all-conquering team that powered Michael Schumacher to five of his seven titles, has pointed out.

“It is beautiful to see 20 cars at a marvellous circuit, truly modern, a real motor racing circuit, with the best teams and the best drivers in the world,” he said.

“Then, if one team is better, and you see this in all sports, it is because it is the strongest.”

He suggested there are not the same complaints at seeing tennis star Rafael Nadal dominate at Roland Garros and said that Mercedes rivals should work harder to overhaul them.

Hamilton’s team boss Toto Wolff said he understood the perceived problem as demonstrated by the French procession on Sunday.

“I hear you and from a fans’ perspective I get it,” he said, “But I think it’s an unfair question because what would you do in our shoes? You would continue to push relentlessly for performance. It is what we do.

“But the fans see a race that is less enjoyable to watch.”

The problem, he conceded, is in the complexity of Formula One with so many different kinds of circuits making it inevitable that certain conditions will deliver dull races. The sport is currently working on proposals for a new formula for 2021.

At Le Castellet, it was suggested — by Wolff, Valtteri Bottas and others — that the chicane in the long Mistral Straight was removed to encourage closer racing.

He also rejected a proposal, from Red Bull’s Helmut Marko, that they should revert to the 2018 tyres because Mercedes struggled more with them than the current compounds.

Hamilton, meanwhile, will have to ignore the noise and carry on winning as he closes in on Schumacher’s record of 91 wins — his victory on Sunday was his 79th — and a potential sixth world title.

“I definitely didn’t expect to have six wins at this point and it doesn’t feel real,” he admitted after his pole-to-flag win, his second in succession at Le Castellet.

It also brought Mercedes their 10th consecutive victory and brought into prospect an 11th at this weekend’s Austrian Grand Prix, a total that would be a record in the sport’s modern era.