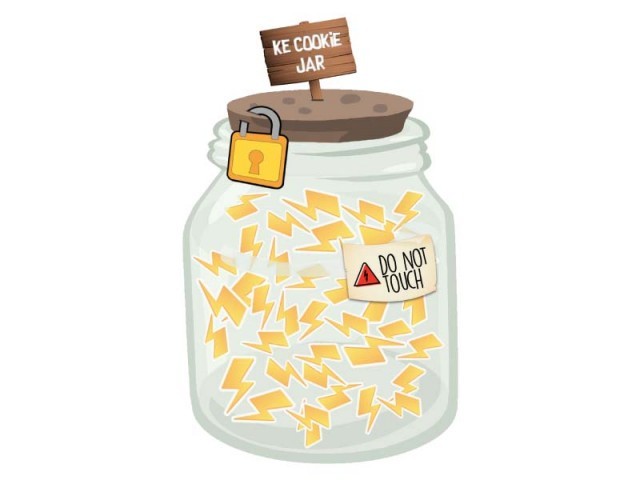 KARACHI: Karachi has been in the midst of another electricity crisis for almost a fortnight with power outages reported in localities across the metropolis. This isn’t the first time that such long hours of ‘load management’ have been carried out in the city when it is experiencing increased temperature to the extent where ‘heat wave advisories’ are issued by the provincial government.

The power utility that lights up the city of over 20 million, the K-Electric, finds excuse in that same temperature rise, saying it results in increased demand. While they fail to maintain how much is this ‘increase in demand’ and what is the shortfall, they continue to carry out ‘scheduled power outages’ that are focused in areas that, according to the KE, are low-to-high loss.

This means that there is a high percentage of electricity loss – this is primarily due to poor infrastructure but also collusion of KE’s lower-tier employees with the consumers resulting in doctoring of electricity meters.

Another reason for loss is electricity theft, which is done through the kunda system. The third reason is the delay in recovery of dues from consumers. This results in areas marked for poor recovery rates, and they are subjected to increased ‘load management’ and scheduled power outages.

However, the outages have now reached areas that have high recovery rates, including those that crossed the threshold of 90% recovery where no power outages are supposed to take place barring emergencies.

According to most estimates, Karachi’s power demand is between 2,700 to 2,900 megawatt during the summer.

During informal conversations, KE officials said that except for two to three days, particularly during the heat wave, the demand jumped to over 3,300 MW.

The website of the privately-owned power utility says that it has its own generation units ‘with installed capacity of 2,267 megawatts’ and gets over 1,162 MW from external power producers – or IPPs as they are known, including 650 MW from the national grid, which means Wapda. This makes a total capacity of 3,479 MW.

According to these numbers, the KE has the infrastructure to power up the city. Moreover, the electricity that it gets from the national grid is subsidised, while the gas they get form the public utility, the Sui Southern Gas Company, is provided to the company on priority basis. It has also benefitted from debt write offs in the past.

The concessions that the company gets, despite its privatisation, has irked not just policy makers but consumers as well. On top of it, the KE not only fails to cater to the city’s power needs, it says that it will continue to carry out scheduled outages in high-loss areas.

While there are now three one-hour-long outages in high-recovery areas, high-loss areas experience three or even four phases of outages of 1.5 to 2 hours each.

During times of extreme temperatures, when demand is likely to be at the apex, 12-hour long outages were reported from a variety of districts.

Besides, in case a transformer trips or a major cable is damaged – a much likelier scenario in areas with congested lanes and low-hanging wires often tangled up in branches – there could be another few hours depending on how quickly the locals can get a response from the power utility.

Meanwhile, being a privately-owned business, it has no compunction in disregarding public welfare, even during heat waves, by adhering to its policy of carrying out outages in low-recovery, high-loss areas.

One of the understandings of allowing the KE to be privatised was that the investors would improve its transmission and distribution system, which was crippling the utility due to the excessive losses. Despite claims of investing millions of dollars to improve the distribution system, every year in the summer, the frequency of breakdowns is on the rise.

Over a thousand instances of minor faults – with major ramifications for households – are reported every day.