OPEC will meet on July 1-2 to discus­s whethe­r the oil output deal should be contin­ued
By Reuters
Published: June 24, 2019
Tweet Email 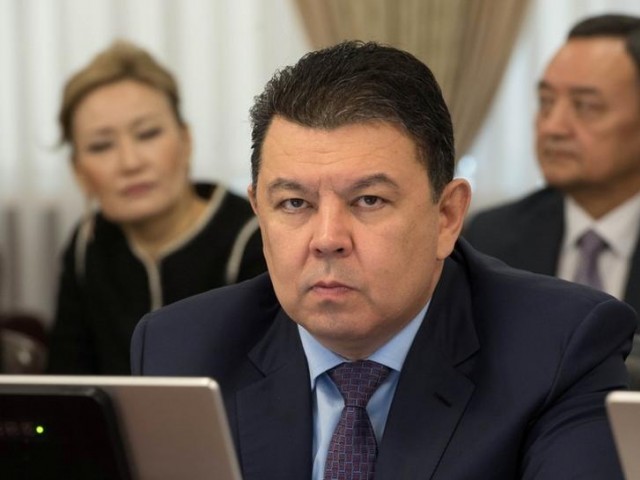 OPEC will meet on July 1-2 to discuss whether the oil output deal should be continued. PHOTO: REUTERS

ST PETERSBURG: Talks between OPEC and its allies next month about whether to extend their pact on cutting oil supplies “won’t be easy” and may be complicated by the situation facing Iran and Venezuela, Kazakh Energy Minister Kanat Bozumbayev said.

The Organisation of the Petroleum Exporting Countries (OPEC) and other large oil producers, including Russia and Kazakhstan, will meet in Vienna on July 1-2 to discuss whether the oil output deal, which expires after June 30, should be continued.

“I think it won’t be easy,” Bozumbayev told reporters about the talks, in comments cleared for publication on Monday, citing “different positions” among parties to the deal.

He said Iran and Venezuela both faced US sanctions. “Will they want to (extend) or not? It’s hard (to say),” he said.

Kazakhstan wanted the deal extended into the second half of the year, he said, describing the oil price in a range of $60-$70 per barrel as “suitable”.

Benchmark Brent oil is now trading at about $65.

He said there was no need for higher oil prices, adding “No one needs it as production in one big country will increase. (A country) which does not enter any agreements,” referring to the United States, which is not party to the production deal.

The United States is now producing about 12 million bpd.

Bozumbayev said this month that Central Asia’s biggest oil exporter had cut more production than required by the pact so far this year, reducing output to 1.76 million barrels per day (bpd), well below its 1.86 million bpd quota.

Asked about the issue of contaminated oil in Russia’s Druzhba pipeline to Europe, Bozumbayev said Kazakh oil producers and its pipeline operator KazTransOil were still assessing what damages they considered should be paid by Russia’s oil pipeline monopoly, Transneft, which operates Druzhba.

He said about 630,000 tonnes of Kazakh oil was contaminated on Russian territory as it was transported via Russian pipelines.

Bozumbayev also said Kazakhstan planned to raise production at its giant offshore Kashagan oilfield to reach up to 420,000 bpd by the end of the year from 400,000 bpd now. REUTERS