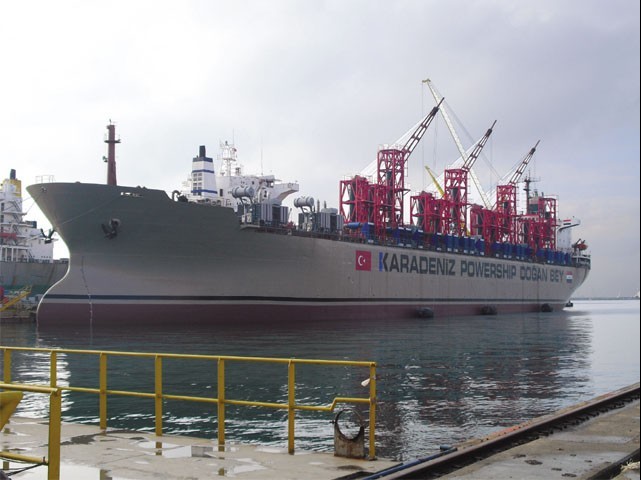 ISLAMABAD: The government has decided to shut off the option of an out-of-court settlement with Turkish company Karkey on a $900 million award announced in favour of the latter by the International Centre for Settlement of Investment Disputes (ICSID), a decision that was later suspended.

A senior government official told The Express Tribune that the matter would be rigorously pursued in the ICSID tribunal after gathering strong evidence of corruption in the procurement of a rental power project contract by the Turkish company.

He added that the decision had been taken with the approval of Prime Minister Imran Khan.

It has also been learnt that a delegation led by Attorney General for Pakistan (AGP) Anwar Mansoor Khan went abroad in the second week of the ongoing month to negotiate for an out-of-court settlement, but remained unsuccessful.

“Neither will we go for an out-of-court settlement nor submit an offer to deposit $150 million [Rs23.55 billion] as a security payment to seek stay in the enforcement of the $900 million award,” the official said.

He added that Pakistan had gathered strong evidence of corruption to establish its case in the international tribunal. The last date of submission is July 26.

The official said confessional statements of former water and power secretary Shahid Rafi and two other officials would also submitted to the tribunal as evidence of corruption in the procurement of the contract by the Turkish company.

Another official said in the light of the increasing evidence, it was unlikely that the government would settle the matter out of court.

However, he revealed that there was some progress in the negotiations and both parties were still talking with each other for a settlement before July 26.

On August 22, 2017, the ICSID announced the award in favour of Karkey after the company filed a case against the Pakistani government for terminating its rental power project contract. The contract had been terminated on the Supreme Court’s orders.

According to the initial ICSID award, Pakistan had to pay damages amounting to more than $800 million, along with $5.6 million (Rs590 million) per month as interest to Karkey. Now the total amount has reached $900 million.

However, the ICSID suspended its decision in February this year.

The Pakistan Tehreek-e-Insaf (PTI) government has started ‘revision proceedings’ in the ICSID to set aside the 2017 award in Karkey Karadeniz versus Pakistan. Article 51 of the ICSID Convention allows parties to a dispute to bring to the tribunal any new facts that could decisively affect the award.

Generally, revision proceedings can take a couple of years. Though the sources claim Pakistan has a very good case and has very solid and undeniable evidence, records show that around 600 parties have approached ICSID for the annulment of an award since 1960, and only 17 have been successful in achieving revisions.

Now Pakistan has engaged a new legal representation – GST LLP – to contest the revision proceedings before the ICSID.

In 2014, Pakistan hired Allen & Overy, a global law firm. Pakistan was obligated to pay £90,000 (Rs16.2 million) to Allen & Overy in addition to an hourly rate during hearings. Earlier, Pakistan had paid £200,000 (Rs36 million) to London-based firm BLP, but government officials including senior legal experts felt the firm was not properly contesting the case at the ICSID. Total fees agreed with the law firm were £1.4 million (Rs252.3) in addition to hourly fees.

One section of lawyers believes that Pakistan is facing international litigations in response to the controversial judgments given by the apex court during former chief justice Iftikhar Muhammad Chaudhry’s era March 2009 to December 2013.  Even then National Accountability Bureau (NAB) prosecutor general KK Agha was able to settle the issue with Karkey in 2012-13, but the former CJP rejected his efforts and warned that strict action would be taken against NAB officials in case of any settlement with the Turkish company. Later, the company was ready to resolve the matter during the tenure of ex-AGP Salman Aslam, but the water ministry had refused to accept an out-of-court settlement.

The AGP has already advised the federal government to form a commission to fix responsibility for the billions of rupees in penalties the country faces on account of various international arbitration cases it has lost, mainly due to verdicts by Pakistan’s judiciary.

AGP Anwar Mansoor Khan also recommended that his office be consulted when investment treaties and contracts are negotiated so that any potential dispute or risk factors can be acted on in a timely manner.

Pakistan has spent $100 million on legal fees on international litigation. Around $10 million have been spent during the tenure of the current government.

While the AGP office is trying to upgrade capacity to save these costs, the top lawyer also pointed out that Pakistan was already facing $1.066 billion in financial liabilities in three cases. The country has to pay liabilities worth $900 million in the Karkey case, $145 million in nine IPP cases and $21 million in the Broadsheet case.

Another $11.57 billion in claims are still pending against Pakistan, the AGP told the cabinet. In the Reko Diq case, the Tethyan Copper Company is claiming $11 billion in damages and it is expected that the award will be announced soon by the arbitrators. Claims of $300 million and $50 million have also been made against Pakistan in other IPP cases and the Hyderabad funds case.

Rs40,000 prize bond to be discontinued