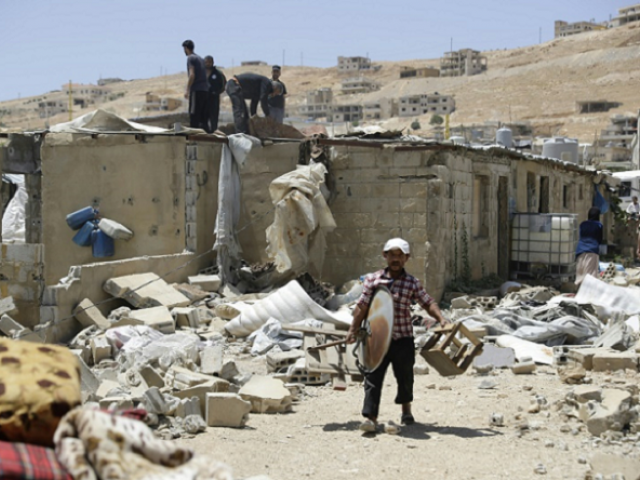 Syria is among the countries with the highest number of internally displaced people, the UN says. PHOTO: AFP

GENEVA: More than 70 million people were counted last year as displaced from their homes, a record that underestimates the real number of refugees and asylum seekers, the UN said on Wednesday.

In its annual global trends report, the United Nations refugee agency (UNHCR) described the figure of 70.8 million at the end of 2018 as “conservative”, particularly because the number of people who fled Venezuela’s devastating crisis is undercounted.

At the end of 2017, by comparison, 68.5 million people were counted as being forcibly displaced by violence or persecution.

The UNHCR attributed the increase partly to surging displacement in Ethiopia caused by inter-ethnic conflict, and in Venezuela, where thousands are fleeing every day amid an economic collapse that has triggered shortages of basic food and medicine.

An estimated 3.3 million people have left Venezuela since the start of 2016, according to the UN.

UNHCR head Filippo Grandi told reporters in Geneva the figure of 70.8 million only includes Venezuelans who had officially applied for asylum – roughly half a million people.

Overall, the number of displaced people in the world has doubled over the last 20 years and now exceeds the population of Thailand.

The trend, Grandi said, continues to go in “the wrong direction”.

According to Amnesty International, a refugee is a person who flees their home country and cannot or will not return due to conflict or fear of persecution. 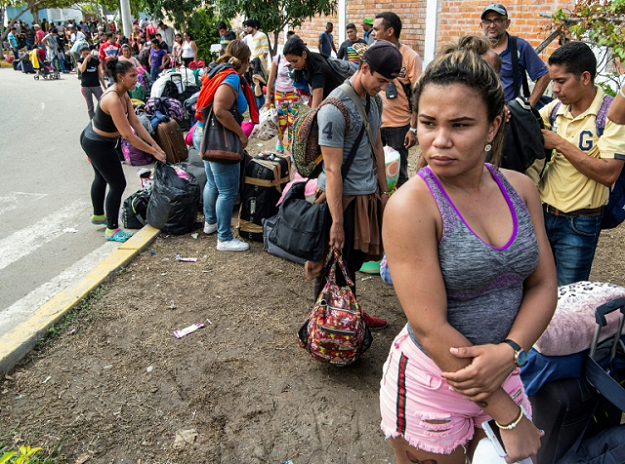 An estimated 3.3 million people have left Venezuela since the start of 2016, according to the UN. PHOTO: AFP

The countries with the most internally displaced people – fleeing within their own countries – are Syria, wracked by conflict since 2011 and Colombia, plagued by decades of violence, said the UNHCR.

The best solution for a refugee is to be able to return home once their country stabilises, but Grandi noted that 20 percent have been in exile for more than two decades.

“We have become almost unable to make peace,” the UNHCR chief said.

“It is true there are new conflicts, new situations producing refugees…, (but) the old ones never get resolved,” he added. “When is the last conflict that you remember was resolved?”

The UNHCR has at times sought to push back against the phrase “migrant crisis”, especially as it has been applied to an influx of people into Europe via the Mediterranean sea.

The agency has argued that while mass migration does pose serious challenges, it can be managed, particularly by wealthier nations. 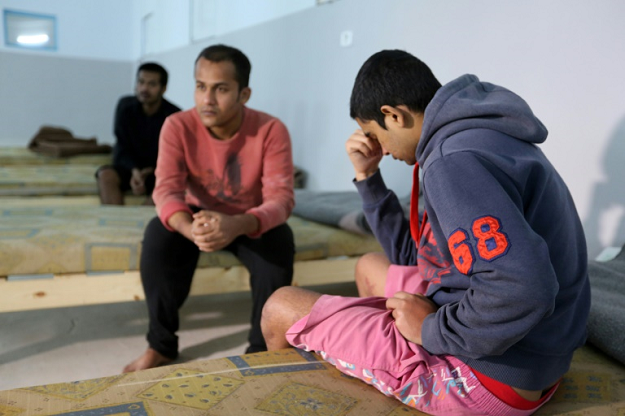 The UN has praised Germany for accepting migrants arriving in Europe via the Mediterranean sea. PHOTO: AFP

Grandi praised Germany for its acceptance of migrants and its efforts to “demystify” the notion that migration is unmanageable, “even when the numbers are very big.”

“I usually don’t like to praise and criticise but I think in this case, I’d like to praise Germany for what it has done,” said Grandi in Geneva, ahead of the report’s launch in Berlin.

He noted that Chancellor Angela Merkel had paid a “heavy price” politically for her openness to migration, arguing this made her actions “even more courageous”.