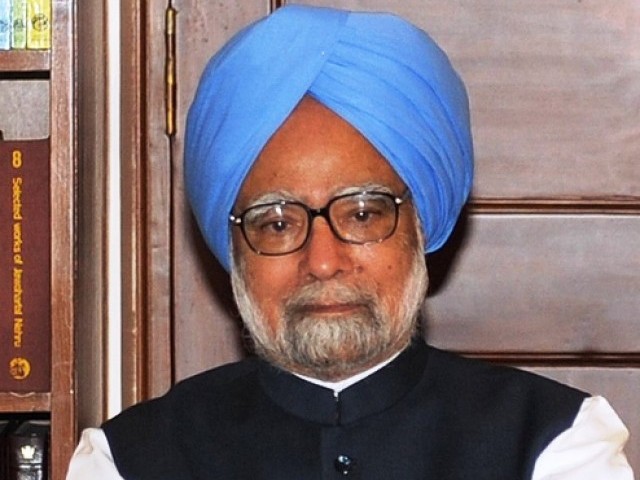 Indian premier hoped for Pakistan to leave the Kashmir (issue) alone and expressed concerns about the Haqqani network in Pakistan. PHOTO: AFP

NEW DELHI: Indian Prime Minister Manmohan Singh expressed hope that Pakistan will “leave Kashmir alone”, as it has its own share of internal problems to deal with, in an interview on Wednesday.

In a meeting with editors of a select five Indian newspapers on Wednesday, he claimed that Pakistan had not done much against terrorism and needs to do more.

Singh said India is not a big player in Pakistan – but whatever its role-engagement is a commitment to our shared geography.

Responding to a question about trade with Afghanistan through Pakistan – he said Pakistan is not ready, adding that Afghanistan is quite keen for trade with India – but they also have to reckon with Pakistan’s capacity to protect their enterprises since the situation on the ground is not that good.

On a question, regarding the Taliban, Singh said that the reconciliation talks should be Afghan-led and that one cannot carry the good-bad Taliban distinction much too far, adding that the Haqqani group on the other hand was a much more determined group-perhaps not in league with the Pakistani establishment, but expressed concern about it.