Around two-thirds of househ­olds across Pakist­an are depriv­ed of a nutrit­ious diet
By Joanna Reid / Aida Girma
Published: June 14, 2019
Tweet Email 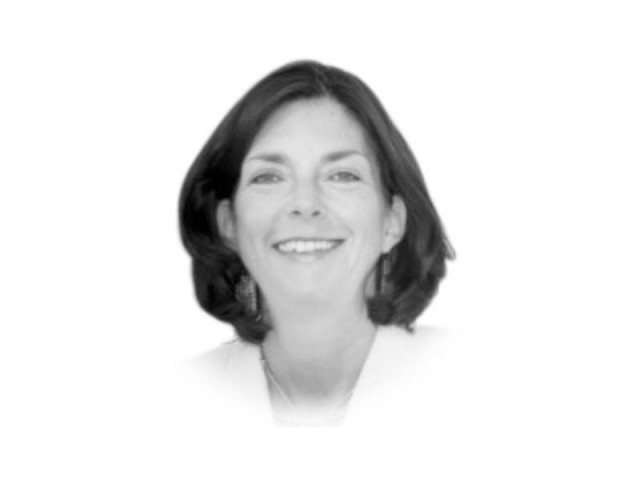 Joanna Reid is the head of DFID, Pakistan

Around two billion people in the world suffer from various forms of malnutrition, making it one of the greatest global health challenges. Pakistan faces a silent crisis of malnutrition that is amongst the worst globally, affecting people of all ages particularly children, adolescents, and women.

Poverty amplifies the risk of malnutrition. Approximately two-thirds of households across Pakistan are deprived of a nutritious diet. Eight out of 10 children do not eat the right quality and quantity of food. Poor nutrition in childhood has profound effects on immunity, growth and cognitive development. Thanks to the Government of Pakistan’s new National Nutrition Survey (NNS) 2018 – the largest household survey ever conducted in Pakistan – we now have a clear vision of where we stand, and the steps required to combat malnutrition. The UK, through the Department for International Development (DFID), along with UNICEF, is proud to be associated with NNS 2018. UNICEF’s work in nutrition has benefitted millions of people globally. The UK government has pledged to improve nutrition for 50 million women and children globally by 2020.

Unlike the previous NNS, which was conducted in 2011, this survey has a wealth of data collected at district level on health, the nutritional status of adolescent boys and girls, and household water quality.

Unfortunately, malnutrition rates have not improved much since 2011. Stunting in children under the age of five is 40% as compared to 44% in 2011, while wasting has increased from 15% to 18% and obesity is on the rise.

The special focus on child disability in the 2018 survey is particularly important. Most countries with high levels of malnutrition also report higher rates of developmental delays and disability. The data collected on child disability using an internationally recognised method has identified that 13% of children aged 24 to 59 months have at least one functional difficulty. Such assessment will enable the government and donor community to target future nutrition interventions to prevent all forms of disability.

Moreover, healthy mothers are the foundation for healthy future generations. Both NNSs established that more rural mothers are undernourished than their urban counterparts. Pregnant women need a more diverse and vitamin-rich diet but sadly they are not getting this in Pakistan. Expecting mothers are mostly undernourished and so their children are born with low birth weight, which can lead to ill health.

Exclusive breastfeeding (EBF) for the first six months is vital for preventing malnutrition in infants but Pakistan has one of the lowest EBF rates in South Asia.

Both the UK government and UNICEF are supporting nutrition-specific interventions including treatment of children with severe acute malnutrition, food fortification, micronutrient supplementation, diversified diets, enhanced breastfeeding practices, and nutrition sensitive interventions such as immunisation and other child services in water, sanitation and hygiene or early childhood development. The UK’s nationwide food fortification programme in Pakistan will provide over 70% of the population with fortified edible oil and reach over 50 million people with fortified wheat flour.

Considering the fresh evidence received through the NNS 2018, the overarching priorities for the government and its partners should be to: scale-up proven multisectoral interventions using existing service delivery platforms, in particular the primary health care system; increase investment in the first 1,000 days of a child’s life as it offers an extraordinary window of opportunity for preventing undernutrition and its consequences; take concerted action to improve nutrition practices through at-scale social behavioural communication change; strengthen multisectoral coordination and accountability at all levels; introduce innovations to accelerate results; and finally, empower women to make decisions about when and how many children to have. Decisions about spending household resources on food for them and their children would be transformational.

It is high time we address the sombre issue of malnutrition. As the World Bank’s Pakistan@100 report said, increasing population growth rate, urbanisation and alarming climate changes will result in an increase in food shortage in Pakistan. More mouths, less land and less food to consume will make the situation worse in the coming years. Pakistan’s future depends upon tackling its malnutrition crisis. Now that we know where we stand with the findings of the National Nutrition Survey 2018, the Federal and Provincial Governments should plan and prioritize their future nutritional interventions accordingly. The development partners stand ready to help – together we are committed to combat malnutrition to improve the lives of the poorest in Pakistan.